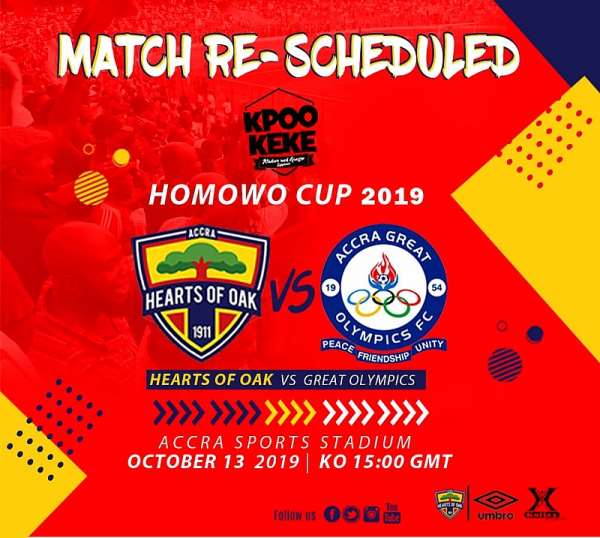 Modernghana Sports can report that the 2019 Homowo Cup between Accra Hearts of Oak and Great Olympics has been rescheduled to Sunday, October 13, 2019.

The two clubs from the Regional capital have been booked to lock horns in a festival match this year to bring the various communities together through sports.

The match was originally expected to be played in September but some issues between the organizers and the parties involved meant that it had to be pushed forward to this month.

Three days before the Phobians go head to head with Olympics, they have announced that the match has been postponed for a second time.

The new date for the much is on October 13 at the Accra Sports Stadium at 15:00GMT.

Meanwhile, Hearts will welcome Nigerian giants Sahel Sporting Club for a friendly match at the Pobiman Park on Friday morning.