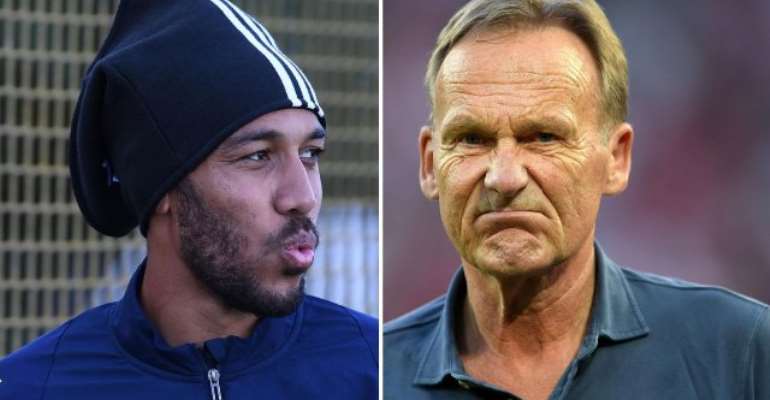 Pierre-Emerick Aubameyang labelled Hans-Joachim Watzke “a clown” after the Borussia Dortmund chief executive aimed a dig at the Arsenal striker.

Aubameyang swapped Dortmund for Arsenal in January 2018, and the Gabon international has started the 2019-20 campaign in fine form, scoring eight goals in as many games – including one in the Europa League.

Watzke claimed Aubameyang moved to boost his bank balance but added the forward will look on enviously when Dortmund play in the Champions League. “Aubameyang, who plays great at Arsenal, will probably be warm-hearted when he looks at his bank account, but on Wednesdays, will be saddened when he has to watch the Champions League on television,” Watzke told Suddeutsche Zeitung.

"Some go to clubs because of this money, where they have not played Champions League for years."

Aubameyang has since responded on Twitter, calling Watzke a “clown” and stressing the Dortmund CEO should not talk about money after selling Ousmane Dembele to Barcelona for £97m plus add-ons two years ago.