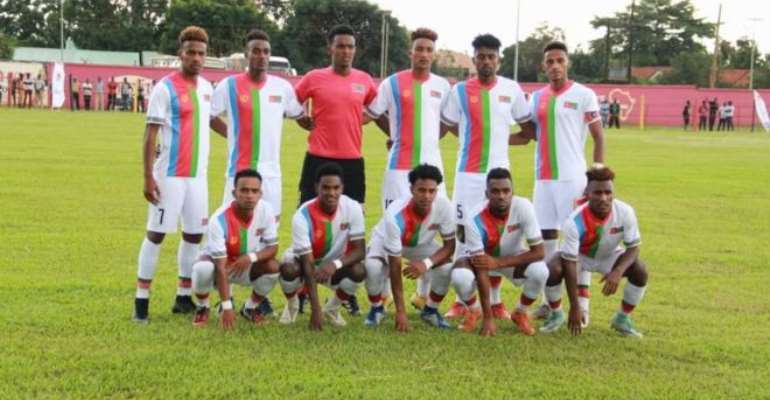 Five Eritrean national footballers have disappeared in Uganda in the middle of the regional Cecafa Under-20 Challenge Cup tournament.

The players fled from their hotel in Jinja, east of the capital Kampala, and are believed to have sought asylum.

All five missed training on Tuesday, but head coach Haile Efrem Alemseghed suggested they were unwell.

Eritrea is scheduled to play Kenya on Wednesday in the semi-finals of the cup, with 14 players remaining.

Reports suggest security has increased around the hotel to stop more players from fleeing.

Eritreans footballers have taken the opportunity of trips abroad to run away in the past.

A group of 10 Eritrean national players refused to return home after a World Cup qualifying match in Botswana in 2015.

Uganda granted asylum to 15 other players as well as the team doctor in 2013 after the group absconded during the previous year's Cecafa Tusker Senior Challenge Cup.

And in 2009, the entire national team failed to return home after a tournament in Kenya. Only the coach and one official were found on board the plane once it landed.

But the Eritrean government has dismissed these allegations in the past and said figures of those fleeing are fabricated.