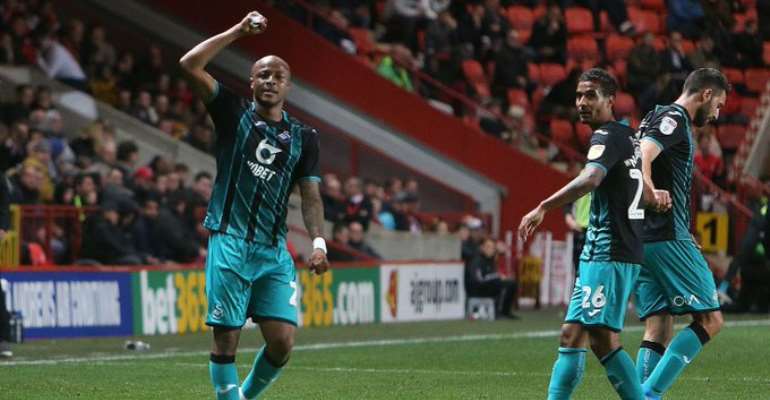 Andre Ayew propelled Swansea City to the top of the Championship table on Wednesday night.

Swansea were stunned inside two minutes with Jonathan Leko putting the hosts ahead, capitalising on a poor clearance and firing home.

The visitors were level 15 minutes later, with midfielder Yan Dhanda finding the net with a deflected finish from the edge of the penalty area.

The game remained level until the second half when a corner was flicked on by Rondon and found its way to Black Stars captain Ayew who stabbed home in the 65th minute.

Swansea, however, held on for their sixth win of the season which keeps them a point clear of Lead United at the top of the table.

The goal was Andre’s first in the Championship this season and his third overall in nine games.

The 28-year-old has also set up three goals for his teammates.