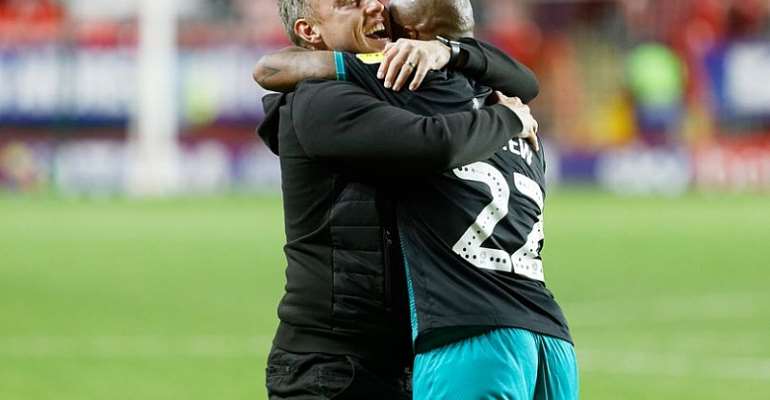 Swansea City manager, Steve Cooper has eulogized Andre Ayew after propelling the Swans to the summit of the Skybet Championship table.

Charlton opened the scores through Jonathan Leko after just two minutes of play. A poor defensive clearance fell on the path of Leko, who wasted no time by blasting the ball to the roof of the net to grab the match opener.

Swansea restored parity 15 minutes later through 20-year-old Yan Dhanda when his cheeky shot from the edge of the box levelled things for the Swans.

On the 65th minute, the former West Ham player and Black Stars skipper registered his first goal of the season and the match-winner after connecting Joe Rodon’s corner kick from a close range.

"Andre is playing well, I have to say,” Cooper said after the winner.

“I thought he was good against Reading and I know he was disappointed not to score with the chance he had, and the one the week before at Bristol City.

“I just told him, ‘they are coming mate, you just need the first one’.

“So, with him scoring tonight, hopefully, he will not think about that and move forward.

“I thought all the forward players were good. Borja works so hard for the goals he scores, Yan Dhanda took his opportunity and Bersant Celina – like Andre – was a real threat all night.

“I was really pleased with us at the top of the pitch, we looked dangerous. Andre was a really good example of that.”

The win pushes Swansea City to the top of the table with 21 points and their first after four matches.

They play as host to Stoke City on Saturday.
Swansea have now won eight games in all competitions this term. And remarkably, they have come from behind in four of those.

They did the business against Hull City, Preston and Northampton Town have conceded first, with Charlton now being added to that list.