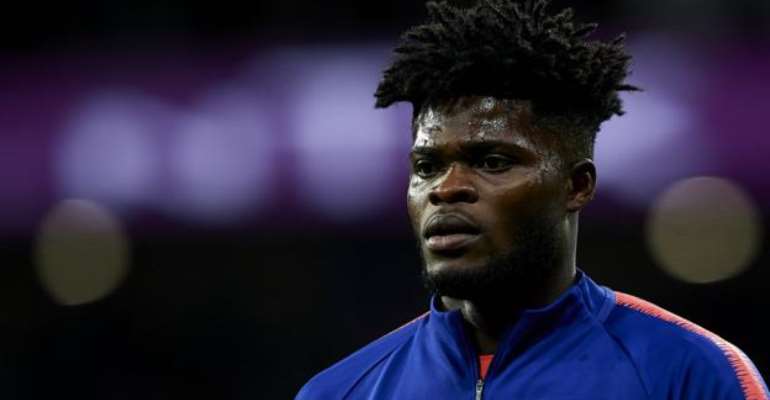 Atletico Madrid gaffer, Diego Simeone has heaped praises on Thomas Partey for his impressive form, saying he is being underappreciated because he is not from either England or Germany.

The Ghanaian international has made the headlines after bossing the midfield against Real Madrid in the Madrid derby, before scoring on Tuesday in the UEFA Champions League as Atletico Madrid edged Lokomotiv Moscow 2-0.

However, according to the Argentine tactician, the 26-year-old midfield enforcer deserves much plaudits that what he is currently receiving from the football fraternity and it all because he is not from either Germany or England.

"I could say so many things [about Thomas], but with some of them I have to shut up," Simeone said.

"I'm very happy with Thomas.
"If he had come from an English or German team, he would be [lauded] but he's from the academy and he's just Thomas.

"He has been working for many years, non-stop."