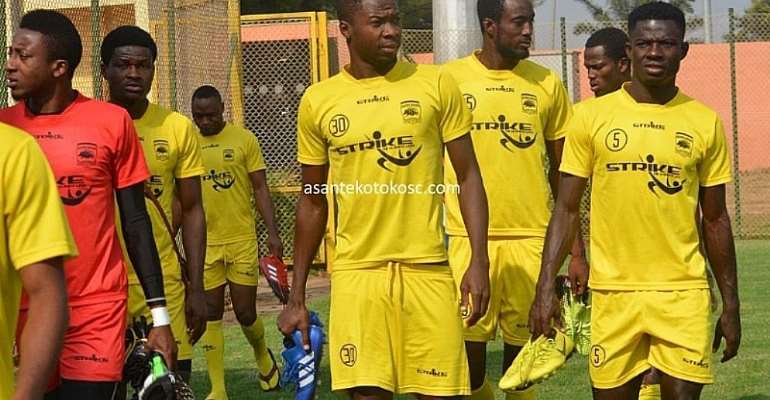 Amos Frimpong, a former Asante Kotoko skipper says his former side lost concentration in their game against Etoile du Sahel in the CAF Champions League second leg game in Tunisia.

The Ghana Premier League side failed to make it to the group stage of the CAF Champions League after losing 2-3 on aggregates to the Tunisian side despite the first leg encounter by 2:0.

The Tunisian side scored three times at home to qualify ahead of the Porcupine Warriors and relegate Kotoko to the CAF Confederation Cup.

According to him, the second and third goals by the Tunisians could have been avoided if Kotoko have been alert

Frimpong, who currently plays for Guinean outfit, AS Kaloum however, called on the team to respond to the defeat positively when they make their CAF Confederation Cup bow.

“Playing against these North Africans are always difficult but I think at a certain point of the game I realised the team slept for some seconds and we conceded the second and third goal.

“I felt the team did their best but it wasn’t enough and I expect them to come back stronger in the Confederation Cup upon their return to action,” he said.