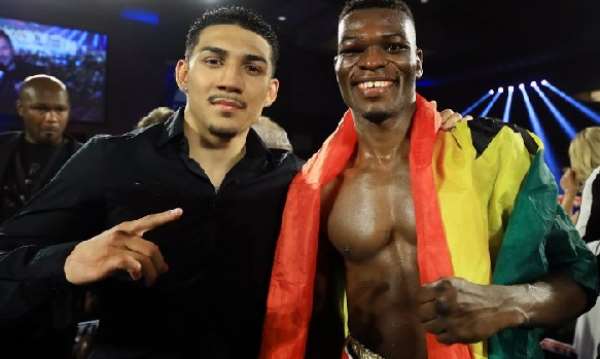 Ghana’s International Boxing Federation (IBF) lightweight champion, Richard Commey, says he is motivated to topple Teofimo Lopez for the disrespect showed to him by the boxing world.

Commey, who will be making his second title defence against Lopez on December 14 at the Madison Square Garden in New York, noted that he was working harder to prove his doubters wrong when they slug it out.

The 32-year-old Ghanaian is mandated to fight Lopez before the close of the year after the American defeated Masayoshi Nakatani of Japan in an eliminator for his crown.

Ahead of the much-anticipated world title championship, Lopez has been tipped to beat Commey and snatch his IBF title in order to make his dream of fighting Vasyl Lomachenko a reality.

Speaking in an interview with boxingscene.com, Commey explained that his team were working tirelessly to defeat Lopez and to put their hard work to fruition.

“We find it disrespectful but it also motivates us as a team to work even harder,” admits Commey. “Come December 14th, all that hard work will come to fruition,” he said.

The undefeated Lopez faces the biggest test of his young career to defeat a much-experienced boxer in Commey having failed to impress against Nakatani last July.

Having been tipped to destroy Nakatani, the 22-year-old managed to win a unanimous decision in a bout that got most of his fans disappointed.

However, Commey, on the other hand, is looking forward to ending the year on a bright note after notable wins over Isa Chaniev and Raymundo Beltran early this year.