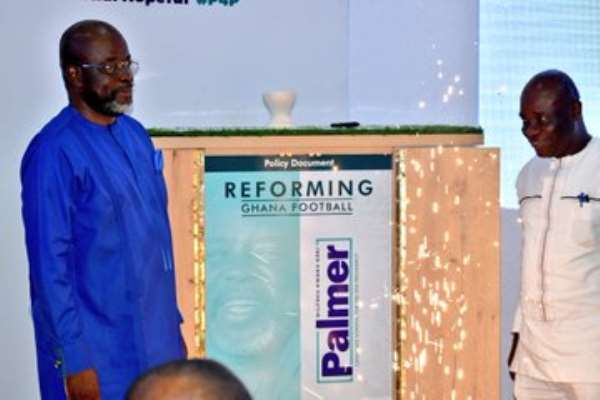 Aspiring Ghana Football Association (GFA) president, Wilfred Osei Kwaku Palmer has outlined plans to make $90 million investment into the sport when he is elected as president.

This was revealed at his manifesto launch at the Alisa Hotel in Accra earlier today as he seeks to convince the football community, especially the electorates that he is the man to lead the new regime when the Normalization Committee leaves office.

The race for the GFA presidency is on with less than a month to the actual polls which will see the electing of a new leader. Having filed nominations and had his turn in front of the vetting committee five days ago, Osei Palmer outdoored his plans to develop the sports to the football fraternity today.

Amongst many policies he touched on, he indicated his intent to hugely invest to revamp the sports industry in the country.

It is understood that he will be looking to raise money from TV Broadcasting rights, marketing rights, international competitions prize money, and Merchandizing of other GFA products.

Ahead of the elections which have been slated for October 25, Wilfred Osei Kwaku Palmer is likely to go head to head with Kurt Okraku, Lawyer Amanda Clinton, George Afriyie, Nana Yaw Amponsah, and Lawyer George Ankomah Mensah.

Ken Agyapong is only brave on NET2 TV but actually a coward ...
22 minutes ago