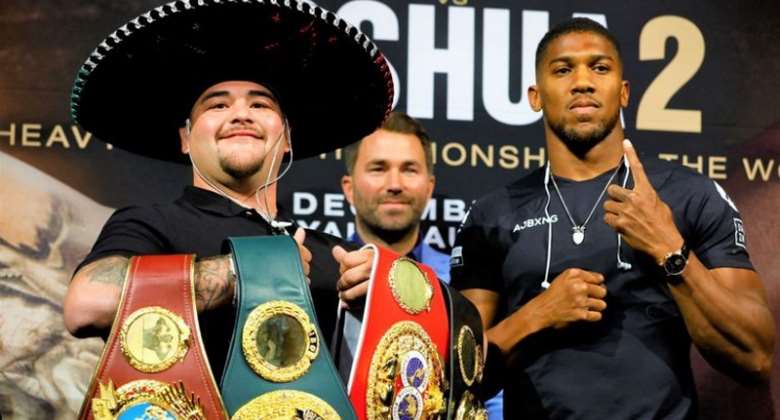 Andy Ruiz Jr believes Anthony Joshua might take a break from boxing if he suffers a repeat defeat in their rematch.

The Mexican ripped away Joshua’s world titles with a shock stoppage win in June and the heavyweight duo will share the ring again in Saudi Arabia on December 7, live on Sky Sports Box Office.

Britain’s heavyweight star enforced an immediate rematch, but Ruiz Jr plans to inflict another crushing defeat and suggested that Joshua will need time away from the sport to reassess his next career move.

“I think he should take a little break if I beat him,” Ruiz Jr told Sky Sports.

“Let him recuperate, but one or two losses are not going to make a difference.

“He’s still a warrior, he’s still a great fighter, and I’m sure he’ll bounce back.”

As the new unified champion, Ruiz Jr has propelled himself to the top of the division, with Joshua acknowledging him as the world’s No 1 ahead of WBC champion Deontay Wilder.

The Californian has welcomed this lofty status, having previously recognised Joshua as the dominant heavyweight champion.

“It means a lot,” Ruiz Jr said. “He said that because I defeated him.

“He was the greatest heavyweight champion of the world. He had all the belts and now I do, so it’s a big blessing to be in this position.”