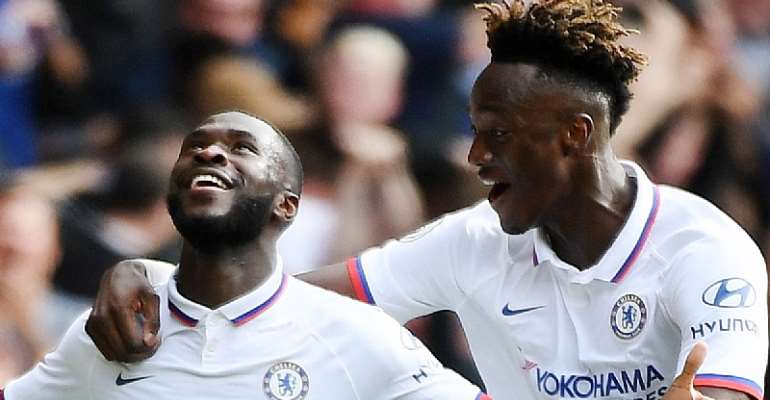 Striker Abraham, 21, who is eligible for Nigeria through his father and has been capped twice by England in friendlies, has refused to rule out playing for the Super Eagles.

Canada-born defender Tomori, also 21, has 15 caps for the England Under-21 team but has previously said he could play for Nigeria as he is eligible through his parents.

"They are both interesting players, but we have made our immediate plans without Tammy Abraham and Fikayo Tomori," Rohr told BBC Sport.

"They are not interested in discussing their international options at the moment and we need to respect that."

England are due to face the Czech Republic and Bulgaria in World Cup qualifiers this month. Should either player take to the field in one of the competitive fixtures they will no longer have the option of changing their allegiance.

"It is also significant to note that Abraham has been assured that he will be in the England squad," Rohr added.

"Tomori is a very good friend of our player Ola Aina (ex-Chelsea and England youth international) and he said he does not want to discuss this for now.

"We have to focus on what we have and not lose focus about what people say all the time."

Another English-born player, Joe Aribo, who players for Rangers in Scotland, scored on his debut against Ukraine in September.

Aribo's Rangers teammate and England Under-20 World Cup winner Sheyi Ojo also told the BBC that he would love to represent Nigeria if they approach him.

And last week another former England youth international, Chuba Akpom, revealed he has now pledged his international allegiance to the country of his parents.