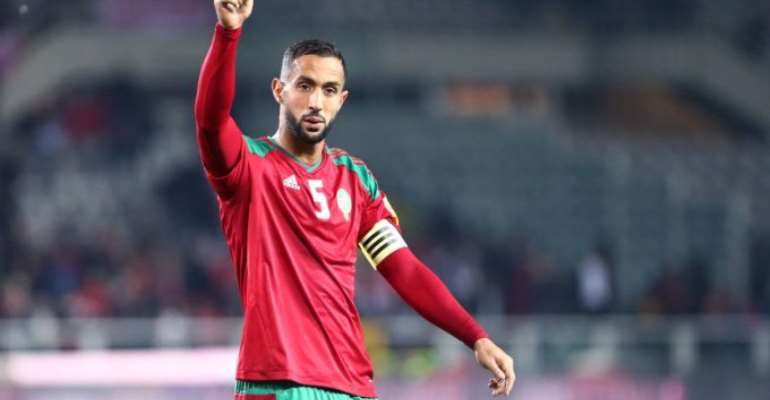 Despite the 32-year-old having made seven appearances for France’s U17 side, Benatia switched allegiances and decided to represent Morocco as he held both nationalities.

He represented the Atlas Lions’ U17 and U20 sides before making his official appearance for the first team in 2009 against Cameroon in the 2010 World Cup qualifiers.

During his 10 years with the national team, he made 52 appearances for Morocco and represented them across several international competitions including 2012, 2013, 2017 and 2019 AFCONs. While also captaining them in the 2018 World Cup in Russia.

Now Benatia has announced his retirement from international football aged 32.

“I spoke to coach Vahid Halilhodzic ten days ago and I informed him that I will retire from international duty,” Benatia told BeIN sports.

“I spent 11 years with the national team and I did my best with them. Playing for your country is a great honour and I am satisfied with my performance during the past 11 years.

“But it is painful to hear someone saying Benatia is the one who picks the players of the national team and chooses the matches to play,” he concluded.

Benatia has also had an illustrious club career as he plied his trade at several European powerhouses namely Marseille, AS Roma, Bayern Munich and Juventus. Managing to lift five league titles in Germany and Italy as well as one German Cup, two Italian Cups and an Italian Super Cup.

The 32-year-old recently joined Qatari side Al Duhail where he made 14 appearances and lifted Emir Cup Trophy.

FixingTheCountry Movement to march in support of Akufo-Addo'...
20 minutes ago