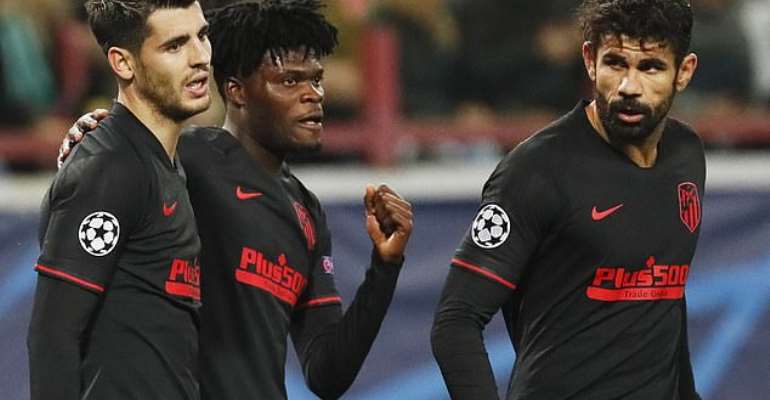 Ghanaian ace Thomas Teye Partey was on target on Tuesday night at the RZD Arena when his Atletico Madrid side posted a 2-0 win over Locomotive Moscow in the second Group D game of the ongoing Uefa Champions League campaign.

The midfielder was named on the starting eleven of the Spanish La Liga giants and managed to stay on the pitch for the entire duration of the game following his impressive display.

He continued his fine form from the weekend in the Madrid derby and once again showed why he is a key part of Diego Simeone’s squad.

The away side took the lead on the 48th minute when summer signing Joao Felix went on a determined solo run before firing his second effort at goal into the back of the net.

Atletico built on that lead and later got their insurance goal courtesy a strike from Thomas Partey who connected to a Diego Costa pass from inside the 6-yard box.

The Rojiblancos eventually won the match 2-0 and are now on course to securing the needed points that will see them progress at the end of the group stages of the Uefa Champions League.

Watch Partey’s goal in the highlight of the match below.