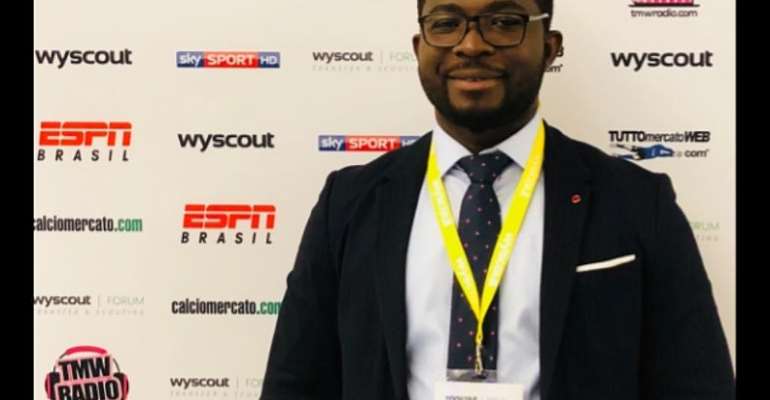 Ghana Football Association presidential aspirant, Nana Yaw Amponsah, has sarcastically revealed he realised he could go into football management after he suffered a severe snake bite.

The Phar Rangers Chief Executive Officer is among the seven hopefuls battling to lead the country's football governing body.

Speaking on Accra based Happy FM, Mr Amponsah revealed that he was an avid footballer and wanted to pursue competitive football until he suffered a severe snake bite.

“I was really involved in football until I was bitten by a snake. I was almost pronounced dead but I come out strong and well,” he said.

Despite the snake bite, he tried to play with his not too strong leg after his recovery but he was not allowed as most coaches feared for him and did not deem him fit to play.

Mr Amponsah stated that the disproval from coaches did not stop him from pursuing his passion but he found another way to stay in the sport he loved by venturing into managing players.

“After coaching the Sabah B-Block team in Legon to win a tournament, I decided to go into international coaching but going forward, I realized it will be difficult for me as an African back then,” he said.

He added that some colleagues of his who were playing professional football back then were in dire need of help and he started managing them as a player-manager.

This led him to go into licensed football management in 2008 after he was introduced by one S.K. Boafo to a team in Malaysia which needed players.

“I was able to get the two players from Narnia FC and Kotoko who impressed the team at their trials and this was a stepping stone for me in my career,” he said.

The FA aspirant holds a Bachelor of Arts Degree in Psychology and Political Science from the University of Ghana, Legon, and a Master’s Degree in Sports Law and Practice from the Leicester DE Monort University, United Kingdom.

An Elective Congress is expected to take place on October 25 to elect a new president and new Executive Council Members.