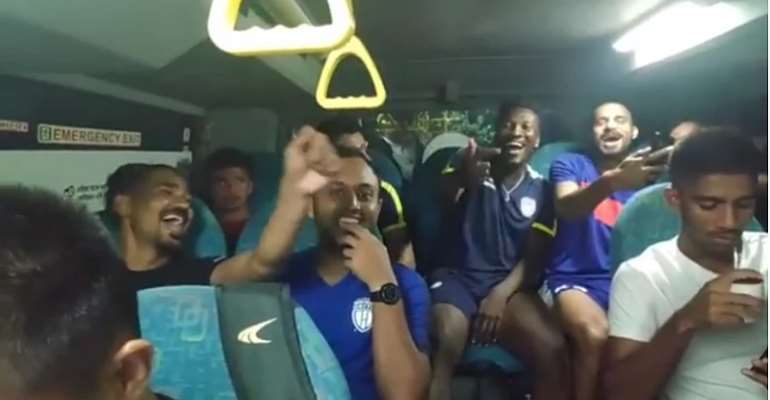 Ghana legend, Asamoah Gyan has announced himself at his new club NorthEast United as he composed an Indian hip hops to entertain his new teammates.

Gyan, 33, has been known of entertaining his teammates with songs and comic relief all aimed at motivating his national teammates ahead of upcoming assignments.

He has extended it to club level (NorthEast United) and he is seen exhibiting his art of singing to entertain his new teammates.

The former Sunderland forward joined NorthEast United two weeks ago on a free transfer after his deal with Turkish side Kayserispor expired last season.

The Guwahati based club have shared a video of their new signing on their official Instagram handle giving fans snippet of how their marquee signing is already having an impact on the team.

The former Liberty Professionals striker has played for as many as nine clubs overseas since he left the shores of Ghana in 2003.

Some of the notable clubs he has had spells at are Udinese, Rennes, Sunderland, Al Ain, Shanghai SIPG and Kasyserispor.