Wafu Accused Of Ghana Conflict Of Interest By Liberia coach 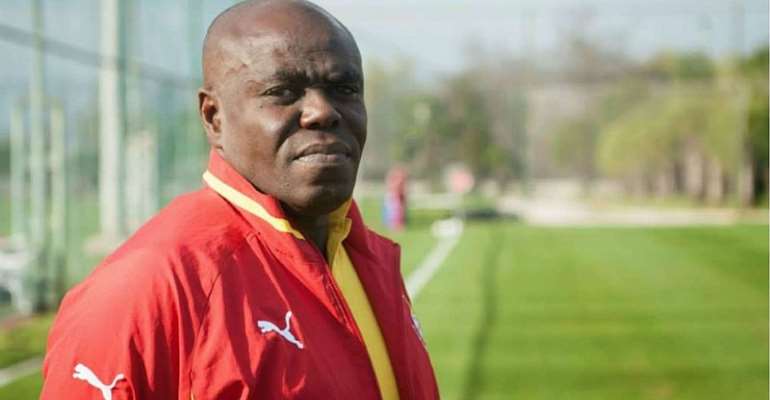 Liberia were defeated 1-0 by Sierra Leone in their opener, a fixture which was postponed after 69 minutes on Tuesday due to a power failure at the stadium in Thies, Senegal.

The remainder of the fixture was played on Wednesday, with the Lone Stars unable to equalise and take the tie to penalties.

After the match, Sierra Leone coach Lartey believed the tournament organisers had erred in appointing match official Adaari Abdul Latif from Ghana to oversee a match in which a Ghanaian coach—Tetteh—was involved.

“There were some levels of bad officiating on the part of the referee,” Lartey told Goal. “He is a Ghanaian, while the coach of Sierra Leone is also a Ghanaian so that Ghanaian solidarity was seen in him.

“They shouldn’t have used a Ghanaian referee when in fact they have a Ghanaian coach with another team,” he added. “That is a conflict of interest.

“We expected the result but [they should] just make a note that it shouldn’t be repeated.”

Lartey also expressed disappointment with Tuesday’s power cut which denied his side the chance to mount a comeback on the day, instead of having to wait until Wednesday afternoon.

“I was disappointed with the manner in which the lights went off,” he added. “You saw, in the second half, we could’ve scored if the game was to continue.

“At that moment my team would’ve scored because the opponents were tired. I said that in the post-match conference; Wafu is a big organisation, [and] everything should be put into place to avoid others being hurt.”

Despite the defeat, Liberia’s campaign does not end here, as they now move into the Plate competition, and will face Niger on October 6.

Nigeria, Cape Verde, Mauritania and Guinea-Bissau are the other nations to contest the Plate, while Senegal, Burkina Faso, Togo, Ivory Coast, Sierra Leone and Mali all progressed to the Cup knockout.

“The kids put up a good fight, but their best wasn’t good enough,” Lartey concluded. “That’s the beauty of football; we just need to keep [their spirits] up because they’re discouraged.”