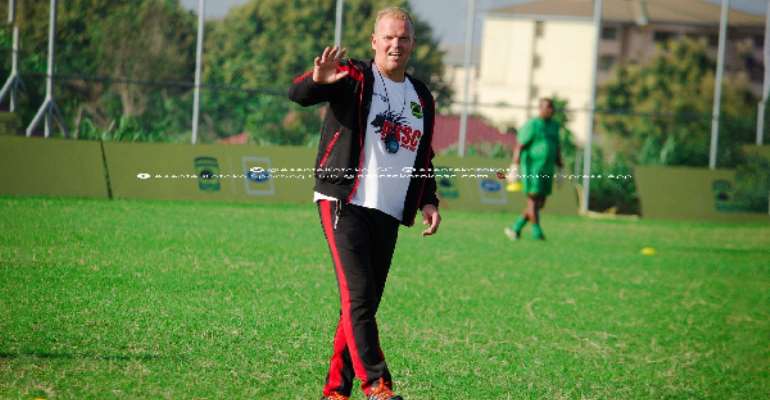 Information available to Modernghana Sports indicates that head coach for Kumasi Asante Kotoko, Kjetil Zachariassen is being considered for sacking after failing to qualify the team for the group stage of the CAF Champions League.

The Norwegian tactician was appointed to replace Coach CK Akonnor back in July of this year with the mandate to win this year’s edition of the top-tier inter-club competition.

He managed to guide the Porcupine Warriors past the first stage of the qualifying round but unfortunately fell to the might of Tunisian giants Etoile Sportive du Sahel in the final playoff.

Though the Ghanaian club won the first leg at home by 2 goals to nothing, an abysmal performance in Tunisia last Sunday saw Kotoko losing 3-0 (3-2 on aggregate).

That result has denied the side the opportunity of featuring in the Group Stage of the CAF Champions League even though they still have a chance of playing in the Confederations Cup.

Speaking in his post-match interview, Coach Kjetil Zachariassen shared that Kotoko’s level at the moment is at the Confederations Cup and not the Champions League.

That comment on the back of the gaffer’s failure to send the team into the group stage of the Champions League has not gone down well with the management of the Kumasi-based club who are now reportedly considering sacking the coach.