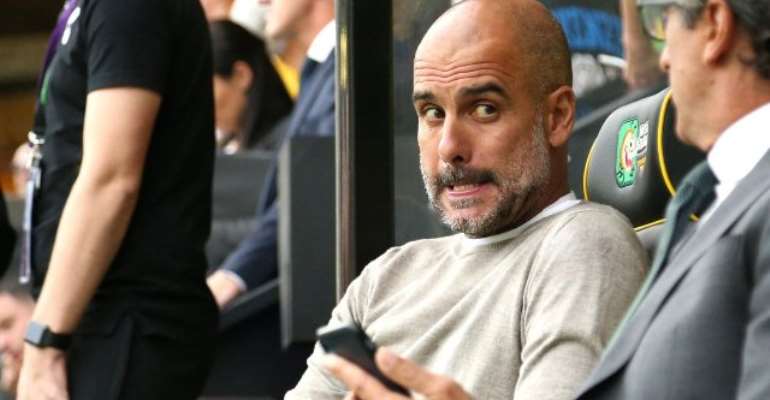 Failing to win the Champions League this season would not be a disaster for Manchester City according to manager Pep Guardiola, who also believes the club's fans value domestic success over European glory.

City have reached one Champions League semi-final since Guardiola's arrival and were knocked out in the quarters by Liverpool and Tottenham Hotspur in the last two seasons.

Guardiola's team won an unprecedented domestic treble last season and, while Europe is the final frontier left to conquer, Guardiola said failing to do so again this season would not "change his life".

"Of course, I'll try but I won't live the next 10 months thinking it will be a disaster if I don't win the Champions League," he told a media conference on Monday.

The Spaniard added that the club's fanbase did not value European success because of City's poor history in the competition.

"In Liverpool and (Manchester) United, with a lot of Champions Leagues in the trophy (cabinet), they are used to being there. Our club was at home or in bars for decades watching Liverpool and United.

"That's about the culture of the club. I feel we're taking steps... What's important is being there and trying to do it like we have tried in previous seasons."

City host Croatian side Dinamo Zagreb in their second Group C match on Tuesday and Guardiola has problems in defence, with defenders John Stones and Aymeric Laporte injured and makeshift centre back Fernandinho a doubt for the game.

"Taylor is quite good with the ball but likes to win duels and fight long balls," Guardiola added. "Eric is so clever, his build-up and quality of the pass... he is top. They are there because they can, after that it depends on selection."