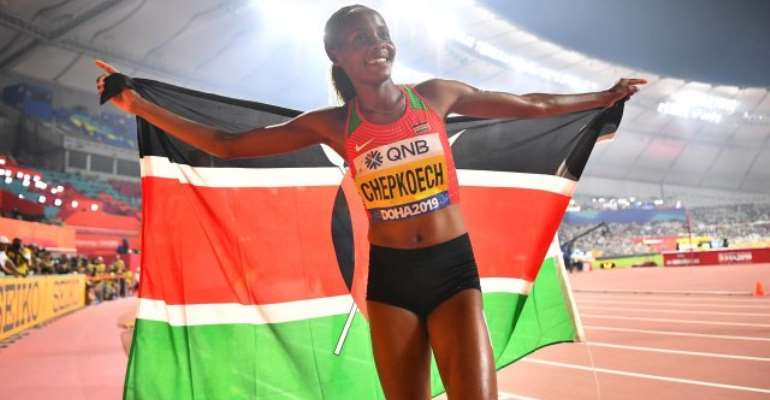 Kenya's Beatrice Chepkoech stormed away from the field to win the world championship 3,000 metres women's steeplechase gold medal on Monday, making amends for a mistake that cost her a place on the podium two years ago.

Chepkoech made sure she left herself plenty of room for any possible errors in Doha as she stormed to a 20m lead after the opening lap and then kept the pack at bay powering home in a time of eight minutes, 57.84 seconds.

The diminutive Kenyan crossed a commanding five seconds clear of reigning champion Emma Coburn of the United States who had to settle for silver while Germany's Gesa Felicitas Krause took the bronze for a second time.

Two years ago in London, Chepkoech was left heartbroken when she missed the water jump and had to double back to clear it, losing ground on the leaders.

Such was Chepkoech's lead on Monday, that at one point stretched to 60m, that the Kenyan could have fallen on her back picked herself up and still come away with the gold.