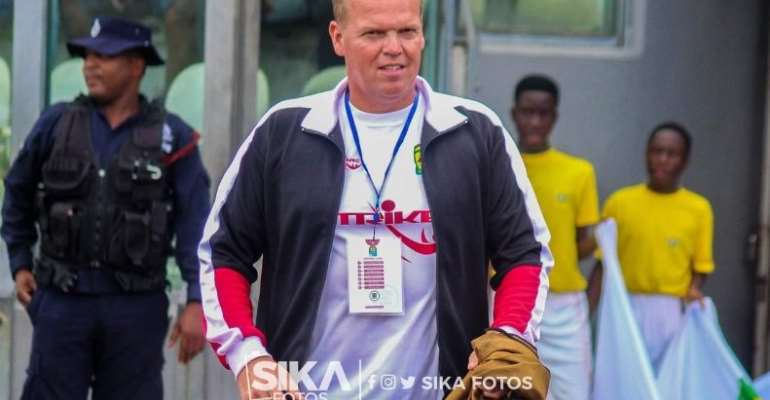 The Communications Director of Asante Kotoko, Kennedy Boakye Ansah, has implored the media and the general public to desist from comparing current head coach, Kjetil Zachariassen to their former coach CK Akunnor.

The Porcupine Warriors suffered a painful elimination from the CAF Champions League after a 3-0 defeat against Etoile du Sahel on Sunday in Monastir after winning the first leg encounter 2:0 at the Baba Yara Sports Stadium.

Despite the elimination, Mr Boakye-Ansah called for patience from the disappointed fans.

“CK Akunnor is not the head coach of Kotoko anymore," he told Happy FM.

"He is history so we should not start the CK argument now because it won’t wash. Let us accept the fact that Kjetil is the new coach. Both coaches have won games and lost games.

“It was not a bad decision to appoint Kjetil Zachariassen to replace CK Akunnor. This is not the time for us to crucify the coach or the players. CK was promoted to a new position and he refused to accept so he left. CK Akunnor wasn't sacked.

“As a team, Kotoko lost yesterday so we shouldn’t start comparing CK and Kjetil Zachariassen because it will break the team-up.

"Let’s leave both coaches to do their jobs," he added.