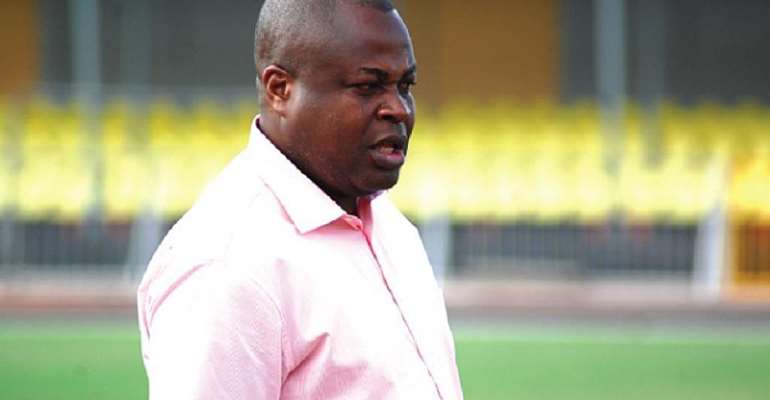 Ghana Football Association presidential hopeful, Fred Pappoe, has vowed to rebrand football in the country by eradicating corruption in his administration.

The Ghana FA high seat has been vacant since the exit of Kwesi Nyantakyi in June 2018 following the airing of the 'Number 12' documentary by Anas Aremeyaw Anas that uncovered the rot in Ghana football.

However, an elective congress is expected to be held on October 25 to elect new Executive Council Members and president of the FA.

According to the former GFA vice-president said his major policy as leader of the association would be to restore the image of Ghana football through rebranding.

“It is important to take the branding of Ghana football seriously after its image was dented by the Anas exposé and that is my topmost priority if I get the nod to lead the association," he told Graphic Sports.

“We need to get the confidence of the private sector and that can only be done by making the GFA credible again in the eyes of the public and I’m focused on doing that through the eradication of corruption in our game,” Pappoe told the paper.

Kurt Okraku, Wilfred Palmer and George Afriyie have been tipped to be the most popular candidates among the delegates but Pappoe believes he stands tall when it comes to personality and experience in football administration.

He refused to accept the assertion that his other three candidates were ahead of him in terms of popularity among the delegates.

When asked if that scares him ahead of the elections, he said he was in a better position to win on October 25 since the delegates would vote based on who they felt could bring back hope in the administration of the sport.

“I don’t think any of my aspirants is ahead of me in terms of popularity among the delegates because it’s just a perception they are creating in the public domain.

“When you look at personality and experience, I stand tall among my opponents and I know the delegates are going to vote for someone they believe can bring back hope in the adjudication of the sport,” he confidently explained.