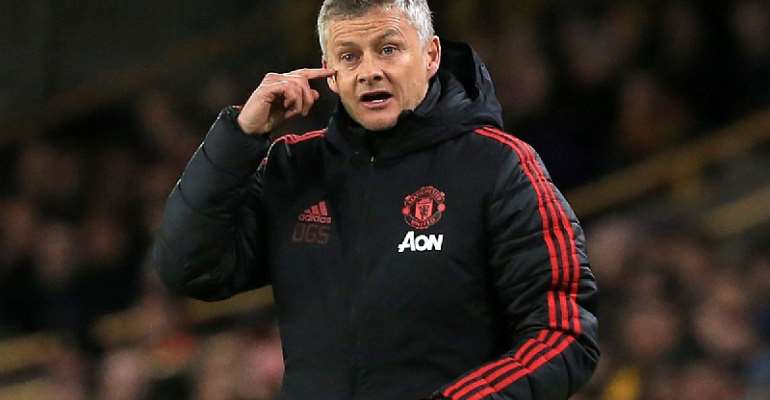 Ole Gunnar Solskjaer on Sunday urged Manchester United to show a killer instinct against Arsenal after scoring just 10 goals in their eight matches in all competitions this season.

Since their 4-0 thrashing of Chelsea on the opening day of the Premier League campaign, Solskjaer's struggling side have failed to score more than once in any match, and they welcome Arsenal to Old Trafford on Monday in miserable form.

A lack of presence up front for a team that sold Romelu Lukaku and Alexis Sanchez to Inter Milan was obvious in last weekend's dismal 2-0 defeat at West Ham and the midweek penalty shoot-out win over minnows Rochdale in the League Cup.

"We need to score more goals, definitely. We are working on improving the relationships, the pattern, the understanding," Solskjaer told reporters.

"We started at one end with the foundation. We have done great defensively, but of course, we are not happy with the return going forward.

"We wouldn't mind a few goals from set plays and midfield. The forwards are always going to produce goals.

"Of course when we let Alexis and Romelu go, it doesn't take a rocket scientist to see that the next time we recruit, we will be looking for some creativity and goals."

Making goals even harder to come by is the fact that Marcus Rashford and Anthony Martial are injury doubts for Arsenal's Premier League visit to Old Trafford.

If neither forward recovers in time, that leaves 17-year-old Mason Greenwood to lead the attack for United.

LONG-TERM THINKING
The departures of Lukaku and Sanchez were no surprise, but Solskjaer says United did not just want to bring in a stop-gap replacement like Fernando Llorente, who has gone to Napoli, or Juventus's Mario Mandzukic.

"We could not get the striker we wanted," Solskjaer said.

"But there is no point in getting players you are not 100 per cent sure about. You need the right player who is going to stay for the long period.

"That is the long-term thinking I need to show. This is not about my reputation, it is about the club."

United go into the match with the Gunners in the bottom half of the table after picking up only eight points in their first six games.

Leaders Liverpool and Manchester City in second place are already 13 and eight points clear of them respectively, but Solskjaer believes the rest of the top four can be caught.

"The top two last season were too far ahead from the rest of us," he said.

"We should be in and around the next places. Chelsea are going through a similar period to us, rebuilding. Then there are Arsenal, Tottenham, Leicester, loads of teams wanting those positions.

"That is where we will be in and around. We should still be a top-four side.