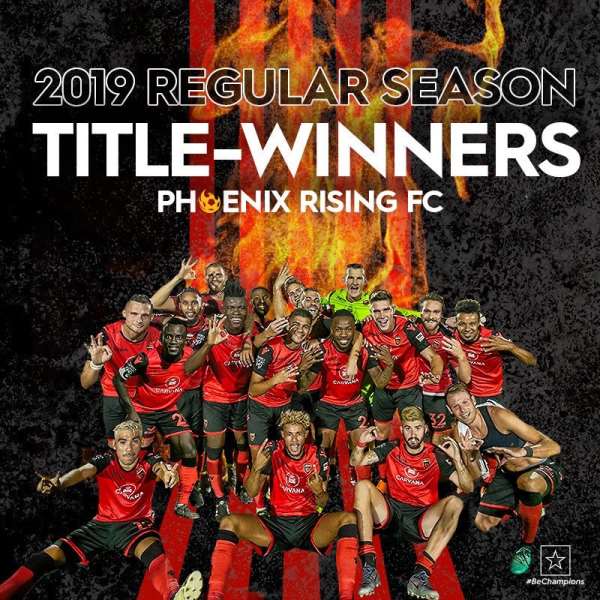 Ghanaian winger Solomon Asante and his Phoenix Rising FC side enjoyed League triumph over the weekend after they were crowned champions of the United Soccer League (USL) Championship.

The winners played as guests to New Mexico United at the Isotopes Park in a match week 31 fixture to climax the regular season.

Phoenix Surprisingly fell behind just 4 minutes into the match when Devon Sandoval found the back of the net.

Things went from bad to worse on the 52nd minute after Justin Schmidt scored to give New Mexico United a two-goal cushion.

Nonetheless, Asante and his teammates did not back down and pushed on in search of an equalizer. They found their hero in Joey Calistri who netted a brace later in the match to ensure the match ended 2-2.

That results leave Phoenix Rising with 72 points as they clinch the USL Supporters trophy ahead of the play-off season to decide who gains promotion into the Major League Soccer (MLS).

Solomon Asante, 29, ended the campaign with 22 goals – the highest in the division – and 15 assists, making him a contender for the player of the season award.

Watch how Asante celebrated the triumph with his teammates in the post below.