WAFU Cup: Black Stars B Arrive In Senegal Ahead Of Tourney Opener Against Gambia 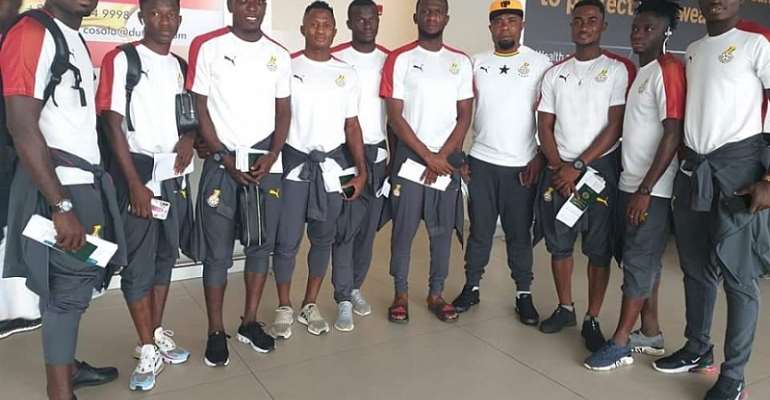 The Ghana Black Stars B team has arrived in Senegal ahead of their opening match in the ongoing 2019/2020 edition of the WAFU Championship against Gambia on Tuesday.

The team arrived in the host country on Sunday night though the tournament started on Saturday, September 28, 2019.

A contingent of 19 made up of players as well as officials are currently in Dakar and will train later today to finalize preparation for the team’s first match of the tournament.

As many as 11 players of Ashanti Gold and Kumasi Asante Kotoko who are part of Coach Maxwell Konadu’s invited squad are expected to join the squad today.

Ghana is the defending champions and will be hoping to repeat the feat they enjoyed last two years when the tournament was hosted on home soil.

Below the list of Ghana’s squad for the tournament: