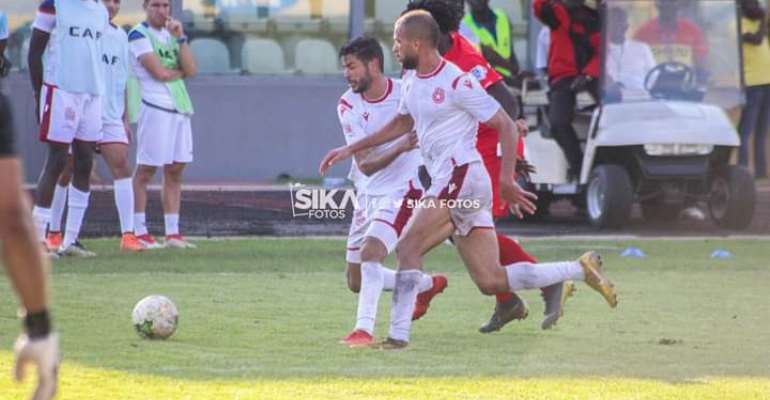 Tunisian giants, Etoile Sportive Du Sahel has denied Kumasi Asante Kotok the chance of qualifying to the group stage of the 2019/2020 CAF Champions League after beating them 3-0 in the second leg of the final playoff round.

The two top clubs on the African continent locked horns in a crucial second leg tie of the qualifiers at Monastir on Sunday afternoon looking to earn their ticket to the money zone of the top-tier inter-club competition.

Following a drama-filled encounter dominated by the Etoile du Sahel, a 2-0 advantage held by Kotoko from the first leg which was played a couple of weeks ago was rendered useless.

The home side emerged as 3-0 winners to ensure they qualified to the group stage of the competition with a 3-2 aggregate win.

Etoile reduced the deficit with a one zero lead at the end of the first half courtesy a converted spot-kick after seeing a lot of possession.

A brace from Karim Laribi completed a good comeback though the final equalizer came after the side had been reduced to 10 men.

Whiles Kotoko has been knocked out of the CAF Champions League, they still have a chance of taking part in the CAF Confederations Cup.

First, though, they will need to go through a final two-legged play-off tie in October to secure qualification to the group stage of the lower-tier inter-club competition.