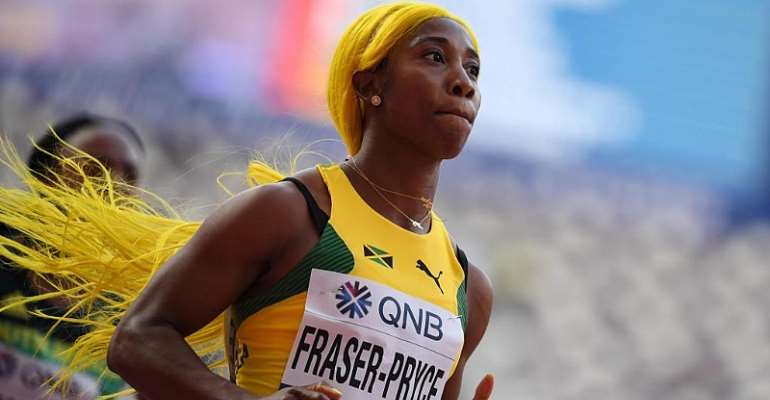 After the men's pyrotechnics in the 100 metres final on Saturday night, Sunday evening offers up the battle for the women's crown. The Jamaicans Shelly-Ann Fraser Pryce and Elaine Thompson set out their stalls with wins in their first round heats just before the men's final.

Marie-Josée Ta Lou, bidding to become the first African to claim a sprint title, also won her heat in a personal best time of 10.85 seconds.

“I didn't expect that at all,” said the 30-year-old Ivorian. “My coach told me to just run and then to look at where I finished. And that's what I did.”

Britain's Dina Asher-Smith also announced her potential by scorching into the semis from heat four with a time of 10.96 seconds.

Contenders
Mujinga Kambundji from Switzerland advanced to Sunday's semis after winning heat five in 11.17 seconds. “It wasn't my best race,” said the 27-year-old. “And if I can put a better race together I can go a lot faster.”

Another European, Dafne Schippers, also suggested she could be a contender. The Dutchwoman won bronze over 100 metres at the world championships in London in 2017 and could be a dark horse for the title in Doha.

But all eyes will be on the Jamaicans. Fraser-Pryce, back on the circuit after taking time out to have a child, is seeking a fourth world championship gold to glitter  alongside the prizes from the event in 2009, 2013 and 2015.

But in the prelude to Sunday's semi-final, the 32-year-old refused to heap any pressure on herself.

"It's my first championship in years so I'm really excited to be able to come back and you know for me it's just a rung at a time and trying to execute as best as possible."