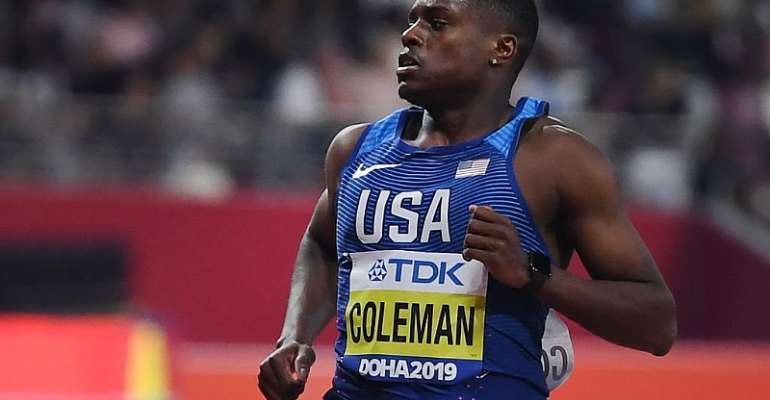 America’s Christian Coleman is the new world champion over 100m after speeding to 1st place at the IAAF World Athletics Championships in Doha, Qatar.

The 23-year-old crossed the finish line in a new lifetime best of 9.76s, ahead of defending champion Justin Gatlin (9.89s) who settled for silver.

Canada’s Andre De Grasse picked up bronze with a new Personal Best run of his own at 9.90s.

South Africa’s Akani Simbine narrowly missed out on a medal, despite clocking a PB of 9.93s, coming through in 4th position.

Philipo Tortu of Italy and Aaron Brown of Canada took the last 2 places.