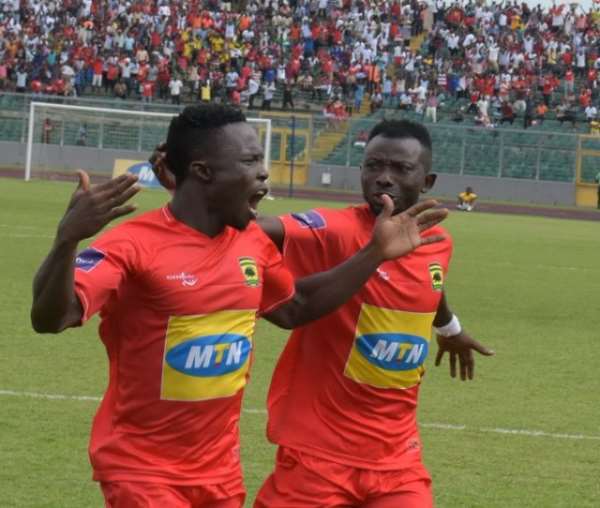 Asante Kotoko travel to Tunisia looking to defend their 2-0 aggregate lead as they aim to progress to the group stage of the Caf Champions League at expense of Etoile du Sahel.

A goal in each half from Augustine Okrah and Richard Arthur gave the Porcupine Warriors some breathing space ahead of Sunday's return match in Sousse.

But in order to qualify for the group stage for the first time in 13 years, Kotoko must produce their best performance to frustrate Etoile du Sahel.

The Tunisians have an impressive home record, losing just one of their last 10 matches while Kotoko have been beaten four times in their last six games outside the country.

What is the kickoff time?
The match will start at exactly 16:00 GMT.
Current form of both teams:
Kotoko
They have won four of their last five matches in all competitions (W4 L1). Kjetil Zachariassen’s men came out with a 4-3 aggregate win over Kano Pillars in the previous round after they lost 3-2 away.

They also put up a solid performance in the first leg against their current opponents and will hope to do more of the same in the decider.

Etoile du Sahel
They are currently on a terrible run of form, winning just one of their last five competitive fixtures (W1 D1 L3).

The Jewel Coast lost both legs of the Arabian Club Champions Cup to Shabab Al Ordon. The first leg at the King Abdullah International Stadium ended 2-1 and the second leg ended 1-0.

In the last qualifying round, Etoile hammered Hafia FC of Guinea 7-1 following a 2-1 away loss in the first leg of that round.

Team news:
Kotoko
Kjetil Zachariassen named an 18 man squad for the trip without striker Songne Yacouba, who made his first appearance of the season in the first leg. Full list here.

Etoile
Goalkeeper Walid Kreidan underwent an abdominal muscle surgery in July and has not fully recovered from it. He is available for selection.