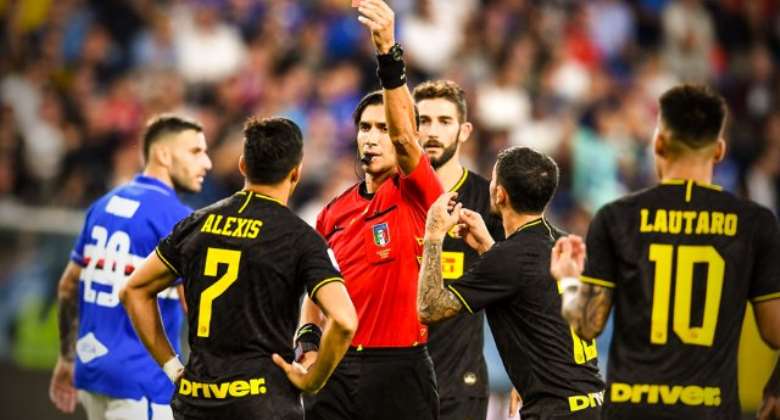 Alexis Sanchez scored and was sent off in his first start for Inter Milan as the Serie A leaders maintained their perfect record with a 3-1 win away to Sampdoria on Saturday.

The match turned on its head a minute into the second half when Sanchez was shown a second yellow card for simulation and Jakub Jankto pulled back a goal for Sampdoria with 35 minutes still to play.

But Roberto Gagliardini pounced to seal the three points for Inter, who have won their first six league games of a season for the first time since 1966/67 and only the second time in their history.

The victory restored Inter’s two-point lead over Juventus at the top of the table ahead of a meeting between the two sides at San Siro next Sunday, while Sampdoria are rooted to the bottom of the table after taking just three points from the opening six rounds.