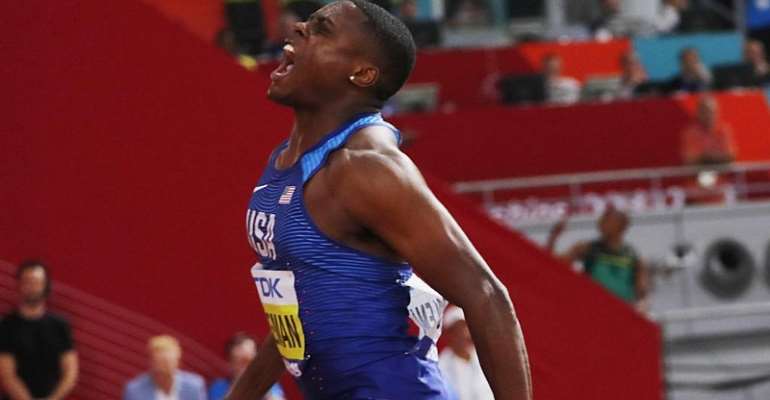 Christian Coleman obtained what appeared to be his birthright on Saturday night with a devastating burst of pace to take the men's world championship 100 metres title.

The 23-year-old American clocked 9.76 seconds to come in ahead of his compatriot Justin Gatlin and Andre De Grasse from Canada.

Coleman had won both his races in the first round and the semi-final.

“It's a great feeling and a humbling feeling to have won. I feel grateful and blessed. It is a moment I will never forget.”

Concern
He nearly never had the opportunity. In August he faced a two-year ban after allegedly missing three drug tests in a 12-month period.

The US anti-doping agency eventually dropped the threat and Coleman reaped the rewards at the Khaifa International Stadium.

“I was not focusing on the ban. I knew that I would be here in Doha,” he added. “All I've got to do is keep doing what I've been doing. I'm the world champion and that's something that nobody will ever take from me.”

Accolade
His victory robbed Gatlin of the chance to become only the fourth man to defend a world championship 100 metres title.

Carl Lewis, Maurice Greene and Usain Bolt have pulled off the feat. Gatlin, 37, was a whisker away in from joining the pantheon.

“I'm 90 per cent happy that I was able to come out and get on the podium,” said Gatlin who finished in 9.89 seconds. “But of course I'm a true competitor so that other 10 per cent is sad. I trained for gold and I expect to get on the podium.”