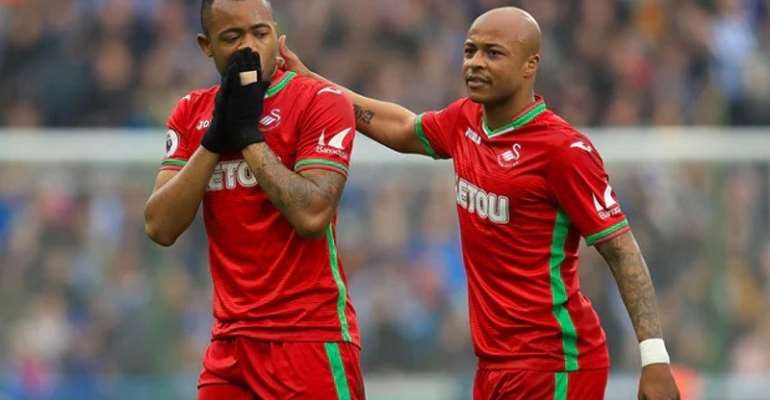 Black Stars skipper, Andre Ayew is hoping he will face his brother, Jordan Ayew in the Premier League in future.

The Ghanaian brothers were both on the books of Swansea City in recent years.

The Swans were relegated from the top-flight at the end of the 2017-18 season. Jordan had left the Liberty Stadium to join Crystal Palace permanently after spending time on loan at Selhurst Park last season, while Andre has remained in South Wales despite Swansea's failure to gain Premier League promotion this season.

"Jordan has never got the recognition he deserves, but I think now people are starting to recognise his work," Andre told BBC Sport Wales.

"Hopefully very soon we will meet again in the Premier League."

Jordan has scored two goals for the Eagles this season, which came in league victories at Manchester United, and against his former employers, Aston Villa.

For Andre, he is yet to score in the Championship but netted twice in the League Cup first-round win over Northampton Town.

Swansea were eventually knocked out in the third round in midweek, losing to Watford, with Ayew rested for the tie.