Bayern Munich Go Top After Edging To Victory Against Paderborn 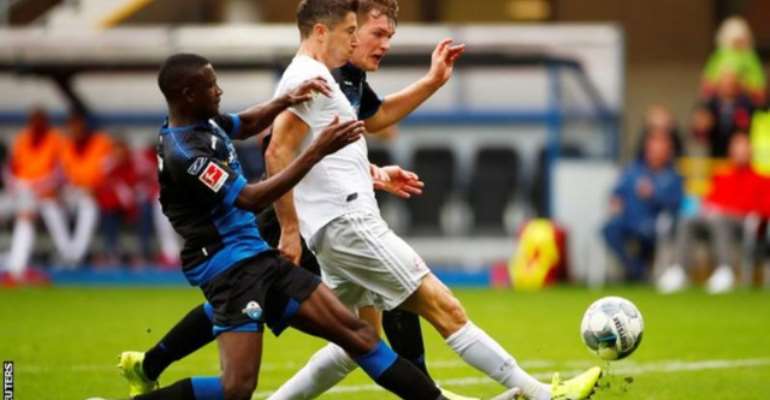 Champions Bayern Munich went top of the Bundesliga as they won away at newly promoted Paderborn.

Serge Gnabry and Phillipe Coutinho put Bayern 2-0 up before Kai Proger responded for the hosts.

When Robert Lewandowski, who had missed a sitter, dinked in it meant he had scored in his first six games of the season, and Jamilu Collins' thunderous strike proved only to be a consolation.