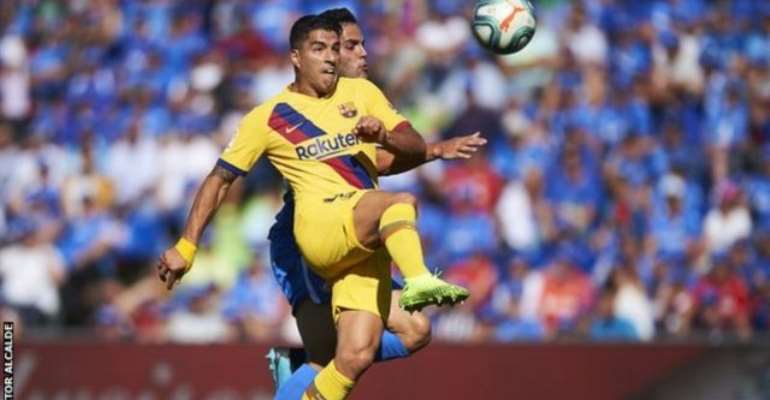 Luis Suarez and Junior Firpo got the goals as Barcelona moved back into La Liga's top four with victory at Getafe.

Barcelona's Clement Lenglet was sent off late on for a second yellow card.

The hosts created several first-half opportunities but were profligate in front of goal, with forward Angel thwarted by Ter Stegen from close range and Jaime Mata blazing over the crossbar.

Soria saved at the feet of Suarez soon after half-time, before the lively Perez dragged a shot wide from a tight angle as the visitors dominated the second period.

Lenglet's dismissal for a late challenge on Jorge Molina set up a nervy finish, but the visitors held on to claim the win.

The victory - Barcelona's first away from home in the league this season - lifts Ernesto Valverde's side up to second, one point behind leaders Real Madrid, who face city rivals Atletico later today.

Gov't sets up committee to ensure vaccine development in Gha...
30 minutes ago