Ronaldo's Header Sends Juventus To The Top Of The League 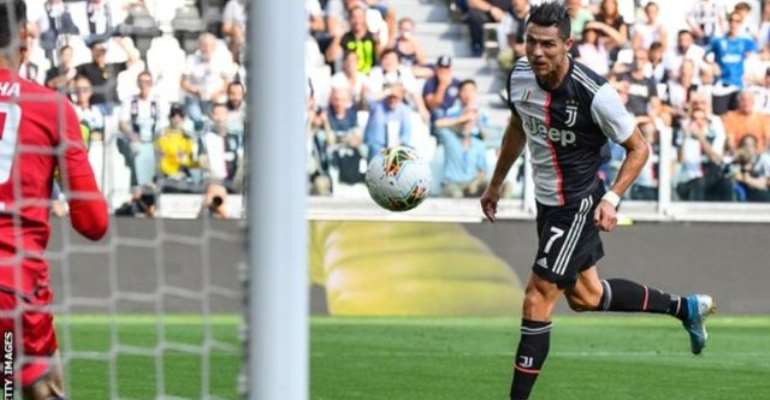 Cristiano Ronaldo returned from injury with a goal as Serie A champions Juventus maintained their unbeaten start to the season by beating SPAL.

Ronaldo had missed the win over Brescia with an adductor problem, but powered home a header in the second half.

Juve took the lead through Miralem Pjanic's stunning curling strike on the stroke of half-time.