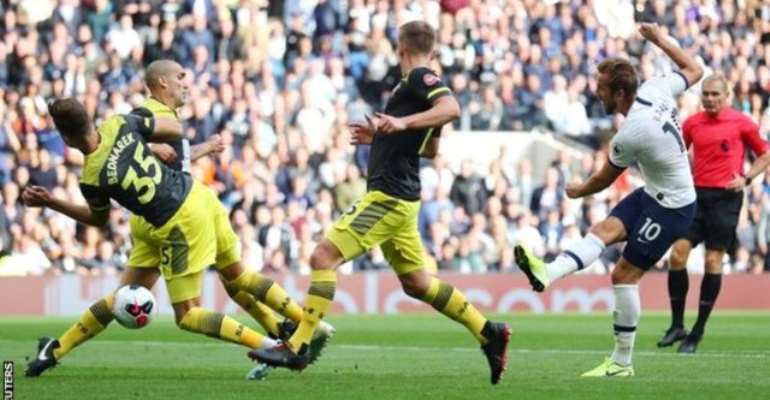 Tottenham ended a bad week by beating Southampton in an action-packed encounter - despite being reduced to 10 men for an hour and a shocking blunder by keeper Hugo Lloris.

Having lost to Leicester before being beaten by League Two Colchester in the Carabao Cup, Spurs' spirits were lifted as £53.8m club record signing Tanguy Ndombele scored with a powerful deflected finish.

Serge Aurier, who had already been booked, was sent off in the 32nd minute for a foul on Ryan Bertrand after Spurs felt the ball had gone out of play just before.

In an enthralling match, Southampton were gifted an equaliser after Lloris was dispossessed inside his own six-yard area by Danny Ings following a back pass.

But Harry Kane then swept home what proved to be the winner after an assist by Christian Eriksen.

Spurs captain Lloris went someway to redeeming himself for his howler with two excellent second-half saves.

He flung himself across his line to keep out James Ward-Prowse's free-kick before producing an acrobatic leap to block Maya Yoshida's header following a corner.