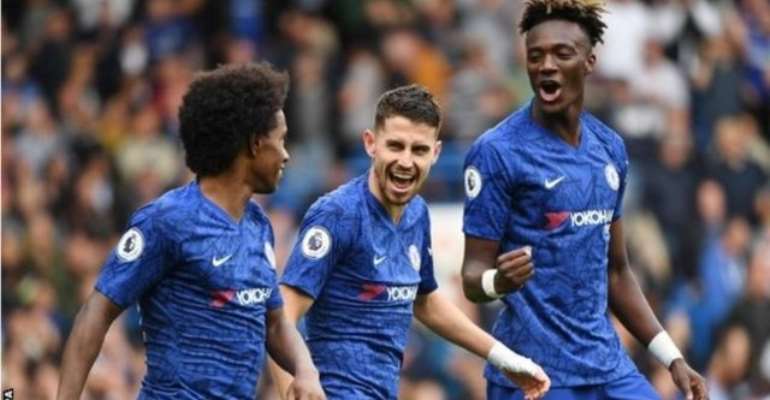 Chelsea deservedly beat Brighton to make it nine wins out of nine in league games against Brighton - an all-time Premier League/Football League record.

Albion, who have not won in the league since the opening day, briefly rallied and Dan Burn's header hit the crossbar.

The previous record for wins against one team in the league was Wimbledon's 100% success rate against Bournemouth in eight meetings between 1977 and 1984.

The Blues, with a youthful team following a transfer ban, have been easy on the eye this season but have dropped points regularly.

There had been 25 goals in their opening six league games, but more against than for - and they had not won at home in three top-flight matches.

Lampard had the worst record of any Blues manager this millennium after nine games in all competitions, with no clean sheets.

During the first half, it looked as if they were going to be frustrated with none of their 17 shots going in. Mount went closest when his free-kick from the left wing evaded everyone and hit the post, while Pedro and Tammy Abraham managed five shots each - both had three of them on target without finding the net.

But the Blues kept going and got their reward when Webster fouled Mount, with Jorginho scoring his second goal of the season from the spot.

They dominated for the entire game, bar a 10-minute period, and Willian blasted home his first Premier League goal since January, albeit with the help of a deflection.

After the game, Lampard said of the win: "We needed it."