Ashgold, Kotoko Players To Join Black Stars B In Senegal On Sunday 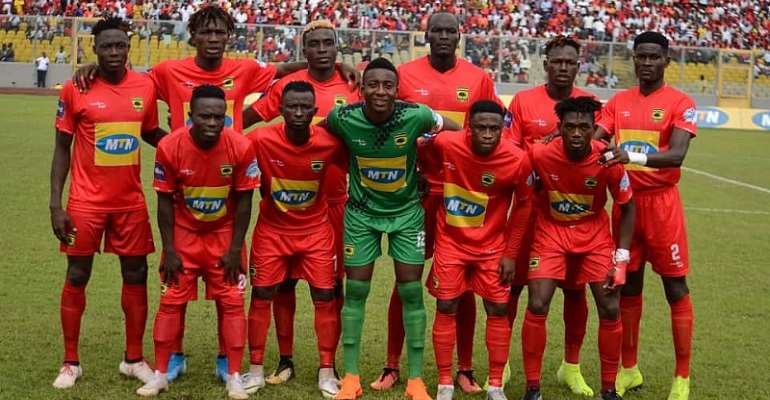 Four Ashantigold players will fly directly from Morocco to Senegal to join the Black Stars B team on Sunday immediately after their CAF Confederation Cup return leg against RS Berkane in Berkane on Saturday night.

The four, comprising skipper Shafiu Mumuni, Appiah McCarthy, James Akaminko and Latif Anabila, have been included in Maxwell Konadu's final squad to defend the WAFU Cup in Senegal from September 28 to October 13.

The quartet feature prominently in the plans of Ricardo Da Rocha and Konadu, hence the arrangement to make them available for the respective assignments of both coaches.

Similarly, a number of Kotoko players are also scheduled to join the Stars B team in Senegal after their CAF Champions League return leg against Etoile du Sahel in Sousse on Sunday.

Ghana will open the defence of their WAFU Cup title against Gambia on Tuesday.

Maxwell Konadu led the Stars B to win last edition of the 16-nation tournament in Cape Coast in September 2017 after thrashing rivals Nigeria 4-1 in the final.

Meanwhile, Fox Sports, headline sponsor of the tournament, has named Ghana's Henry Asante and Benjamin Graham among the commentators for the two-week sub-regional competition.

Gov't sets up committee to ensure vaccine development in Gha...
11 minutes ago