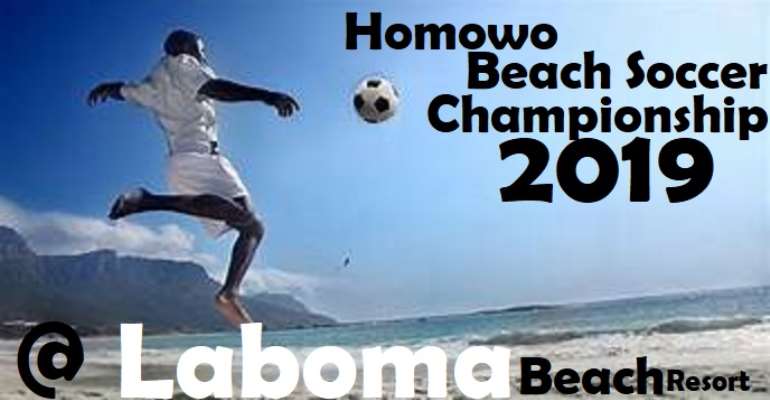 The Organisers of the 2019 Homowo Beach Soccer Competition, Beach Sports Consult (BSC) regret to announce the postponement of the annual competition from this weekend to Saturday, October 4th and Sunday, October 5th, 2019 at the LABOMA Beach Resort.

Sackey Narh, Organising Secretary of Beach Sports Consult said “this is in honour of the late goalkeeper Agbeke of Keta Sunset Beach Soccer Club and the National Beach Soccer Team, the Black Sharks, whose funeral and burial are slated for Saturday, September. 28, 2019”

The organisers regret any inconveniences caused but trust the decision will afford each participating town, the opportunity to train harder to strengthen themselves to prepare well, as the competition is expected to be keenly contested.

Meanwhile, Sammy Heywood Okine, the media manager appeals to companies in the Greater Accra region to support the tournament.

Teams along the coast of Accra have been invited to compete. They include Ada, Tema, Nungua, Teshie, Osu, La, Ga Mashie and Dansoman.

The organisers have put at stake attractive prizes for the winners and outstanding players.