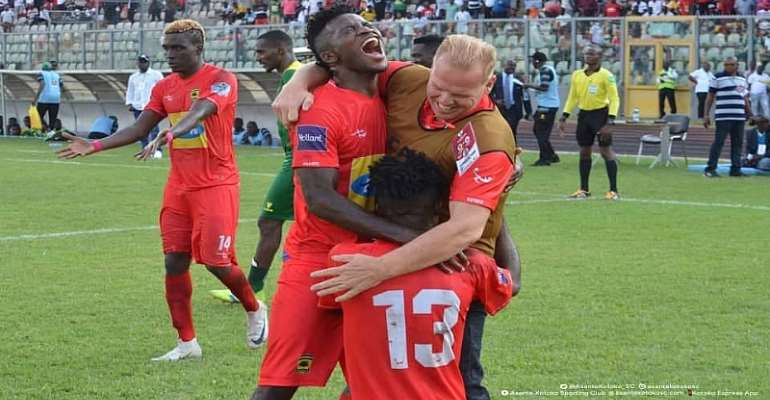 Asante Kotoko manager, Kjetil Zachariassen his side are eyeing for a win adding that they will meet Etoile du Sahel boot for boot in their Caf Champions League clash on Sunday.

The Porcupine Warriors will be hosted by the Tunisian side in the first-round second-leg decider away in Sousse, having recorded a 2-0 triumph in the first leg at home.

The score advantage and the North African teams' notorious ruthlessness at home has led many to suggest a defensive approach for Kotoko in Sunday's tie.

“We are going into the play-offs clash against Etoile to win," Zachariassen said, as reported by Dailymailgh.

"[We're not going] to play for a draw because it's an away game. Our aim is to train hard as professionals and go into every match to win.

"Sunday’s game is not an exception because we believe in ourselves and what we can achieve as a team."

Kotoko's win in the first leg was just their first victory over 2007 African champions Etoile in five meetings.

In their last home game, Etoile hammered Hafia FC of Guinea 7-1 following a 2-1 away loss in the first leg of that round.