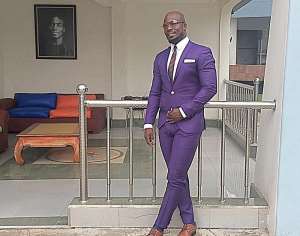 Black Stars technical coordinator, Stephen Appiah is ready to leave his role to embark on a coaching course.

Reports on Wednesday suggested former Ghana captain has been sacked together with deputy coach Ibrahim Tanko by boss Kwasi Appiah.

According to reports, Stephen Appiah is only being relieved off his duties to enable him to undertake his coaching course, a decision which is being backed by the Black Stars Coach.

Further reports suggested that the ex-Juventus star had fallen out with his boss since being sacked from the team.

But there seems to be a new twist to the story as our sources have revealed the highly-respected ex-Ghana international is only leaving his post for a right cause.

Hearts of Oak team Manager Saban Quaye is reported to be the man being considered to replace Appiah while immediate past Asante Kotoko gaffer CK Akonnor replaces Ibrahim Tanko.

Quaye previously served as the team manager for the Black Stars before losing his position to the former.

Appiah has been working as the team coordinator since Kwasi Appiah was reappointed in 2017.