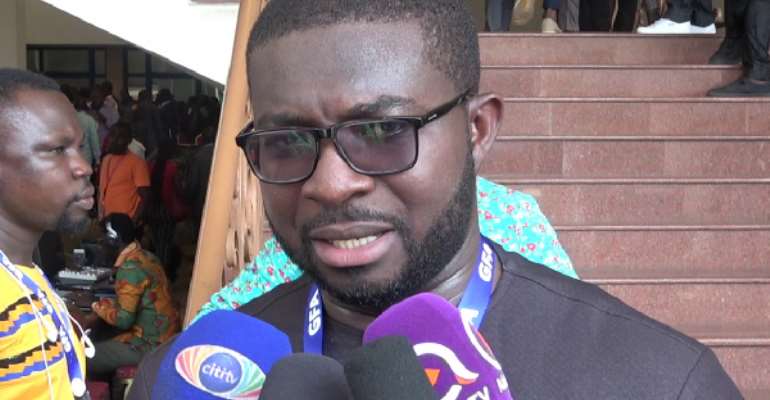 Check out the practical manifesto of the young and dynamic club owner.

As a child, he could determine Diego Amando Maradona’s famous “Hand of God” goal and shouted handball but the adults around him then argued over it until it emerged he was right.

Then it was predicted, he would become a great footballer. Although Nana Amponsah was quite talented, a horrific injury ended his dreams of becoming a professional footballer.

However, he did not relent in his aspirations to do great things in the game by pursuing higher education in Football Business and working within the Football Industry.

The FA aspirant holds a Bachelor of Arts Degree in Psychology and Political Science from the University of Ghana, Legon, and a Master's Degree in Sports Law and Practice from the Leicester DE Monort University, UK.

He has also been given the opportunity to pursue a PhD in Sports Leadership at the Concordia University in United States of America (USA).

From 2008 to 2018, he was a Licensed Player Agent/Intermediary and transferred over 50 players from Ghana and almost 100 across the globe, which brought huge revenues to Ghanaian Clubs in the process.

Mr Amponsah is the Chairman of Ghana Division One Club Phar Rangers FC from 2016 to present and also a Licensed Players' Agent/Intermediary from 2008 to 2018.

The Prestigious 40 Under 40 awardee, is the Director of Football for Phar Partnerships from 2014 to Present and the Founder and CEO of Cornny Drinks Limited.

The smart and intelligent Phar Rangers FC President, is an expert in the areas of Commercial Aspects of Sports, Sports and Ethics, Sports Governance, Representing the Athlete/Player and Sports Regulatory Regimes & Sports Rights, and ambush marketing.

Having declared his ambition to contest the top position at the GFA since 2017, Nana Amponsah has unveiled his plans, which tackles and gives solutions to the GFA.

He is well prepared to take over the leadership of the Association and give it the new image and brand identity it is yearning for since the famous No12 Documentary hit Ghana football.