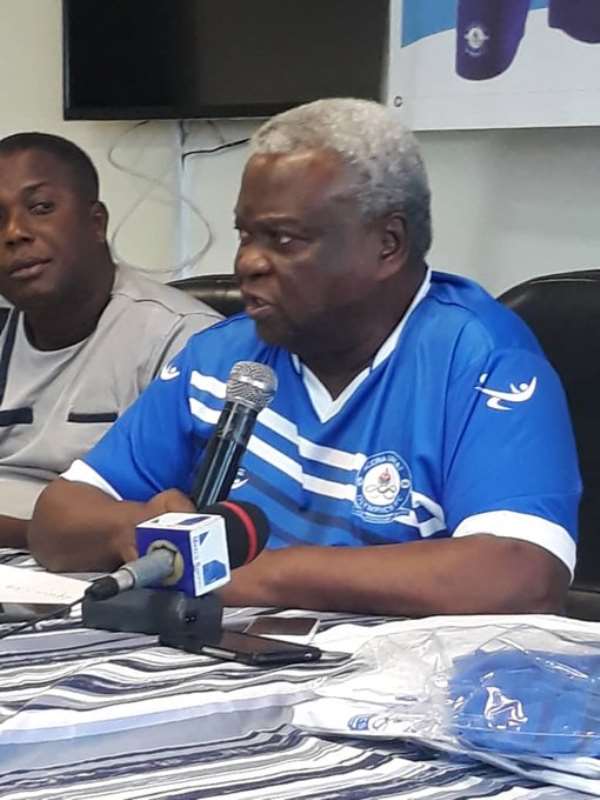 Ghana Division One League club, Great Olympics is calling on corporate institutions for support as they target a significant insurgency in their quest to return to the top-flight.

The former Ghana Premier League side has seen a decline in the past couple of years, leading them to end up in the lower division before the Anas Aremeyaw Anas Number 12 video brought the sports on its knees.

After a year of undergoing reformation under the Normalization Committee set up by FIFA and the government, the football community will soon go to the polls to elect a new president to lead the Ghana Football Association.

That will ultimately pave way for the start of the local league which has not been active for over a year.

During the unveiling of Olympics new STRIKE jerseys yesterday at the Accra Sports Stadium, club Board Chairman His Excellency Amarkai Amarteifio has appealed to corporate institutions to help them regain their old status.

“I urge all corporate institutions to support Olympics and help the resurgence of the wonder club”, the Olympics board chairman said.

Meanwhile, the Blue and Whites are preparing to lock horns with regional rivals Hearts of Oak on October 6 as part of this year’s Homowo festival celebration.