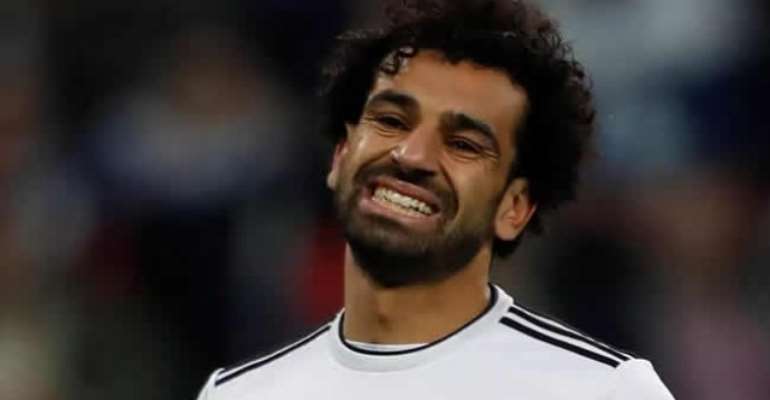 Two votes for Mohamed Salah in the Best Fifa men's player award were not counted because signatures were in capital letters, says Fifa.

Fifa said: "The signatures on the voting forms were in capital letters and thus seemed not valid."

The forms also lacked a mandatory signature by the EFA general secretary.

Salah finished fourth in the voting, although the invalid votes would not have affected the standings.

It said it contacted the EFA twice on 19 August to submit properly signed voting forms but did not receive a response in time for the votes to be counted.

Since the awards ceremony Salah has removed "Egypt" from his Twitter profile, which now reads: "Footballer for Liverpool FC."

He also posted a tweet which translates as: "Whatever they do to try to change my love for Egypt, they will not succeed."

In 2018, Salah came third in the men's award and also took the Puskas award for goal of the season.

The EFA said Gharib and Elmohamady picked Salah as their first choice.

Salah threatened to quit the national team last year following a row over his image rights.

More voting controversy...
Nicaragua captain Juan Barrera called into question the authenticity of his country's votes in the awards as he said he did not submit any votes.

"I did not vote in the awards #TheBest2019 any information about my vote is false," 30-year-old midfielder Barrera tweeted.

Fifa said it has asked the Nicaraguan Football Federation to investigate the matter after receiving "votes signed by the player".

The Sudanese Football Federation also said its published votes did not match the votes it cast.

"Having compared with the vote sheets, we confirm that we have the right votes signed by the player/coach. We are asking the Sudanese Football Federation to inquire on this matter."

COVID-19 Vaccine is our salvation — UGMC CEO
45 minutes ago

Stop spreading fear and panic about COVID-19 vaccination — A...
45 minutes ago