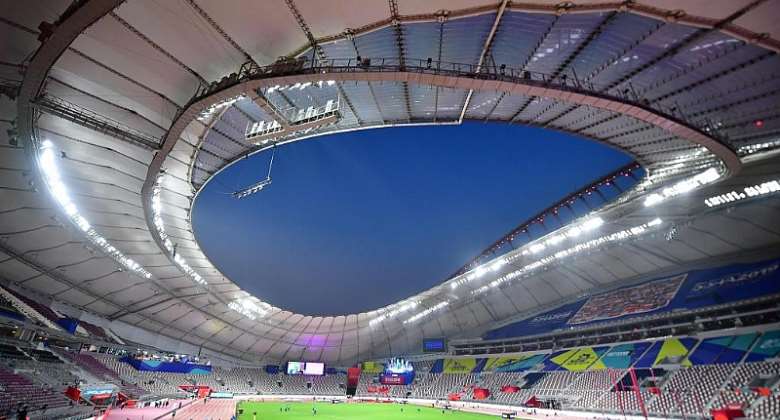 A neon sign asserting: “Everything will be alright” adorns the façade of one of buildings near the Museum of Islamic Art along Al Corniche in Doha. Inside IM Pei's intricately constructed complex, stupendous pieces dating back 1,400 years shine out in sumptuously designed spaces.

From Friday, 27 September, a couple of kilometres away at the Khalifa International Stadium, more than 2,000 of the planet's best athletes will compete for glory in 49 events at the 17th world athletics championships.

Will everything be alright? Doha has the unenviable task of promoting an athletics event without the glittering treasure of Usain St Leo Bolt.

For a decade before the Jamaican's retirement in September 2017, the world championships was an easy gig to push.

Promise
In 2007 in Osaka, Bolt, who had just turned 21, was the coming man and won silver in the 200 metres behind the American Tyson Gay.

Buzz and brightness was child's play for the organisers in Daegu in 2011, Moscow in 2013 and Beijing in 2015. Bolt, the showman incarnate, never disappointed.

Haul
He amassed 11 golds, two silvers and a bronze across those six world championships including London in 2017.

Even though the Bolt slumped to only a bronze in the 100 metres in 2017, the British capital had been able to sell the prelude as the king's last hurrah.

Qatar, the first Middle Eastern venue for a world championships, can only offer promises of freshness. A tall order in Doha's searing heat and humidity.

Off the track, at least the administrators are trying.

New
Ximena Restrepo, a former sprinter, was elected as the first female vice-president in the 107 year history of the International Association of Athletics Federations (Iaaf), the outfit that organises the world championships.

Sebastian Coe who won a second four-year term as president just before the Doha championships.

“I'm really honoured to have this position,” said Restrepo, a bronze medallist in the 400 metres at the 1992 Olympics. “It's a great moment for me and my country. I'm here because of changes to the Iaaf constitution and that's really helpful.”

Coe, a two-time Olympic gold medallist, added: “Ximena is from the ranks of former athletes which is always a helpful optic to have when you are driving a sport forward.”

Successors
Of the engines on the track, Noah Lyles seethes readiness to roll. “I've been waiting for this moment since forever,” said the American. “This is our moment, so to speak … you know, the changing of the guards. If I said I wanted to keep the other guys around, that means I would not want to have any space for myself to run in.”

The 22-year-old from Gainesville, Florida, has produced impressive performances this year.

In June he ran 9.92 seconds for the 100 metres in Monaco and he claimed the US National Championsips 200 metres title at the end of July in 19.78 seconds. That was into a headwind in Des Moines in Iowa.

With the wind on his back in August, he clocked a meeting record of 19.65 seconds in Paris.

Timing
“This year it's all about the Jamaican women,” said Elaine Thomson, who in 2016 became the first Jamaican woman to win the 100 metres and 200 metres at an Olympic Games.

Thomson, who is competing in her third world championships, will run both the 100 metres and 200 metres for the first time at the event. “My main aim will to be in the mix, get some good quality times and good performances,” she added.

She'll be chased hard by the likes of her fellow Jamaican Shelly-Ann Fraser-Pryce as well as Marie- Josée Ta Lou from Cote d'Ivoire and the Briton, Dina Asher-Smith.

Field
“There are so many women in a position to compete so it's difficult to speak of just one or two, added Ta Lou who took silver in the 100 and 200 metres in London.

“Becoming the first African to win a sprint event is added motivation,” she said on the eve of meeting.

It will be at least another four years before an African country hosts the championships for the first time.

The 2021 meeting is slated for Hayward Field in Eugene in the United States and Budapest has been earmarked for the 2023 world championships.

Just after becoming Iaaf president, Coe told RFI that he liked the concept of continental rotation for the championships. It's a trick taken from world football's governing body Fifa which has moved the site for the world cup around the globe.

The next football fest is set for its Middle Eastern debut in Doha in 2022. Slums have been cleared to create shiny hotels, malls and metro stations for the influx of fans.

Visitors to Doha over the next fortnight will not be able to savour such amenities and luxuries. They can only guess at what they will be missing.

Coe and his cohorts, however, will find out exactly what they have lost.

Bagbin fly to Dubai for medical review after budget rejectio...
15 minutes ago