Homowo Cup: Hearts Of Oak To Lock Horns With Liberty On October 6 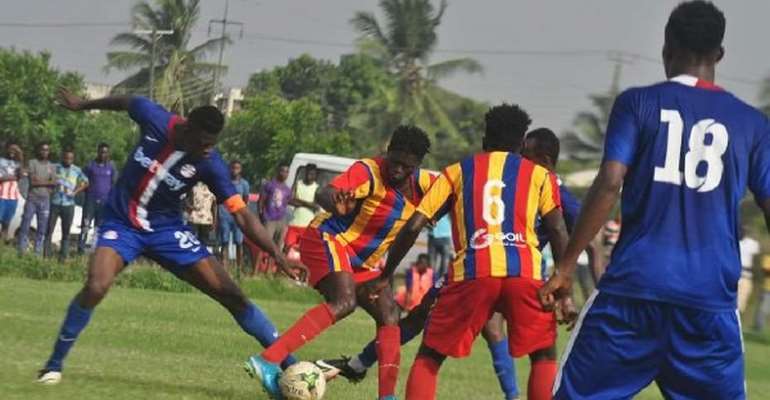 Accra Hearts of Oak has through a post on their official Twitter handle confirmed that their 2019 Homowo Cup match between Liberty Professionals will be played on October 6, 2019.

The match was initially scheduled to be played earlier this month but had to be postponed after both clubs accused the organizers of not fulfilling their promises prior to the set date.

The Regional Rivals later resolved to organize the match themselves and have been making arrangements in the last couple of weeks to arrive at a new date whiles seeing to it that both parties benefit in the process.

Hearts and Liberty have now agreed to lock horns in the Homowo Cup on Sunday, October 6, 2019, at the Accra Sports Stadium.

It will form part of the celebration of this year’s Homowo Festival as it seeks to bring together communities in the Capital City through the game of football.

Kick-off time for the match has been scheduled for 15:00GMT.