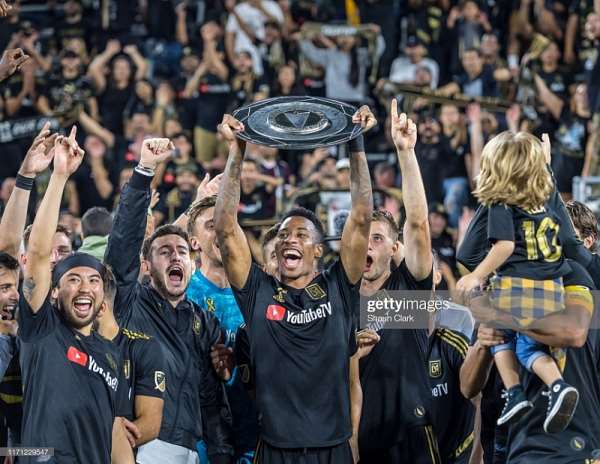 It was all smiles for Ghanaian international Latif Blessing and his Los Angeles FC side on Wednesday night as they lifted the 2019 MLS Supporters Shield with a 3-1 win over Houston Dynamo.

The striker has been a phenomenon for the side all season and was in action yesterday when they locked horns with their opponent from Houston.

The Los Angeles-based club posted an emphatic win to ensure they emerged as champions of the campaign courtesy fine strikes from Carlos Vela, Diego Rosi, and Eduard Atuesta.

They have won the title with two matches to spare and on course to break the division’s record of most points in a single season (71) which is currently being held by New York Red Bulls.

Latif Blessing and his LAFC side need only 3 points to beat that record.