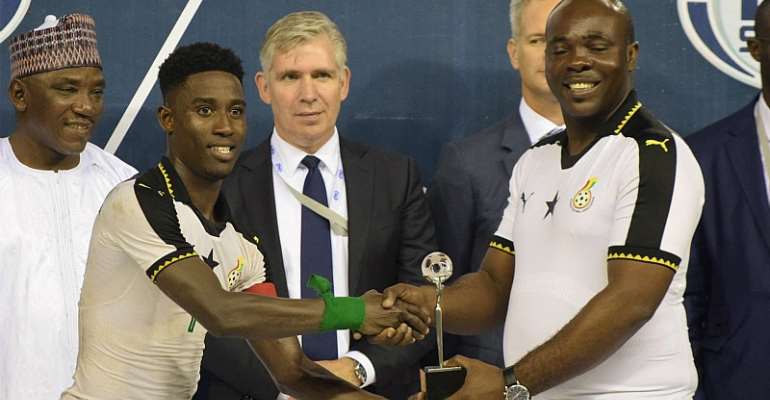 Ghana star, Isaac Twum has called on his Ghana teammates to retain the 2017 WAFU title citing how the competition can boost a player’s career ahead of the 2019 edition.

The former Inter Allies ace emerged as the Player of the Tournament as Ghana defeated Nigeria 4-1 in Cape Coast to win their second Wafu Cup.

Twum, 21, was influential as he captained the Black Stars to the title and successfully transitioned from the Ghana Premier League to European football on the back of the competition.

Despite the lack of football activities in the country, Twum is pleading with his teammates to stay focus and retain the 2019 title.

“[The Black Stars] must go all out because being the defending champions is never going to be easy,” Twum told Goal, “but I believe they’re going to make Ghana proud.

“It was a great experience for me to be the captain and also the win the Player of the Tournament award,” he added. “It changed my career, and having all of this [positive] feedback [from home and abroad] after the tournament was great.”

“[The Wafu Cup changed my career], because after the tournament, I got offers from outside the country,” he concluded, “and I made my choice by choosing IK Start.”

Twum's side, IK Start are currently third in the Norwegian top flight after 24 matches, with the Ghanaian featuring 21 times so far this term.

Maxwell Konadu’s Black Stars begin their Wafu Cup 2019 campaign against The Gambia. All matches will be played at the Stade Lot-Dior in Thies, Senegal.