Manchester United: Solskjaer Not Happy With One Goal From 31 Shots 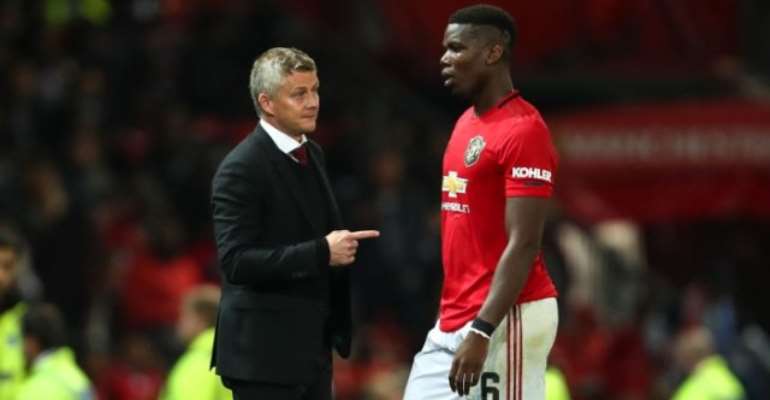 Ole Gunnar Solskjaer urged Manchester United’s young players to show a killer instinct after Rochdale gave them a scare in the Carabao Cup.

Sergio Romero saved the day by denying Jimmy Keohane to secure a 5-3 penalty shoot-out victory, saving United from an embarrassing third-round exit to the plucky League One side.

It was a let-off for Solskjaer’s men and a further reminder of the need to make their chances count, having converted just one of their 31 shots on the night.

“We go 1-0 up in many games,” the United boss said. “Today it’s again go 1-0 up and you think ‘go on then, get the second’ which is the key now and that is a learning curve for these boys as well.

“We need to go for a second.
“At this club, you don’t just sit back and hope that’s good enough. If you settle for good enough, that’s not what we want.”

This performance raised more questions than it answered, but 17-year-old Greenwood was one of the few positives after wriggling free to score in front of the Stretford End – just as he did in the Europa League against Astana last week.

“He has two great feet and (took the) penalty with his right, so he must be a nightmare for defenders having him one on one in the box,” Solskjaer said.

“He can go both ways, which is for me fantastic and you can just see he has got quality and he will get his share of games.

“But he is young, we’ll allow him to grow slowly but surely.”

Yet Solskjaer is not afraid to throw the 17-year-old in at the deep end and would have no problems starting him in fourth round draw when United head to Chelsea.

“If you want to win it, you have to beat the best,” the manager said. “We play them first game of the season this year. We played them in the FA Cup last year and it slots into a couple of weeks with loads of travelling.”

The Carabao Cup draw means United will have four successive away games, with trips to Norwich, Partizan Belgrade, Chelsea and Bournemouth as October turns to November.

“We are not going to say ‘argh’, we’re going to relish it and look forward to it.”