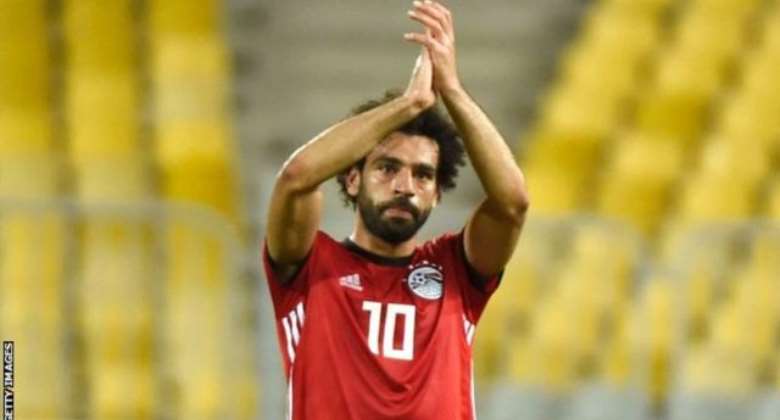 Mohamed Salah appears to have again fallen out with Egypt's football federation after the country's votes for FIFA's player of the year awards were deemed invalid and therefore did not count towards the striker's overall tally.

Salah, a national icon in the football-mad African country, removed any reference to Egypt from his official Twitter profile in the wake of Monday's awards ceremony and his Twitter bio now reads "Footballer for Liverpool FC".

"Whatever they do to try to change my love for Egypt, they will not succeed," Salah, who has previously clashed with the Egyptian Football Association (EFA) over image rights, said on Twitter.

The captain and coach of every national soccer federation affiliated to FIFA get to vote on the player of the year, along with one media representative from each country.

The EFA said captain Ahmed Elmohamady and then-coach Shawky Gharib both picked Salah as their first choice, but their votes were missing from a list released by FIFA.

The omission prompted the EFA to write to the global governing body to seek clarification.

The EFA said it sent forms with Elmohamady and Gharib's votes for Salah well before the deadline, but FIFA said the forms were invalid because the signatures were in capital letters and they were not signed by the EFA general secretary, which was mandatory.

"The Egyptian FA have received two reminders to submit the properly signed voting forms on 19 August 2019," a FIFA spokesperson told Reuters in an email.

"The Egyptian FA has not submitted a response within the (limited) timeframe until Wednesday, 21 August 2019. Therefore, the votes from the Egyptian FA could not be counted."

FIFA did not clarify if the final standings would have been any different if the votes had been valid.

Although Egypt's votes from their captain and coach did not count, their media representative Hany Danial's choices (Sadio Mane, Cristiano Ronaldo and Salah) were listed on FIFA's website.

Minority investigates impersonation of Adwoa Safo in 2022 bu...
42 minutes ago