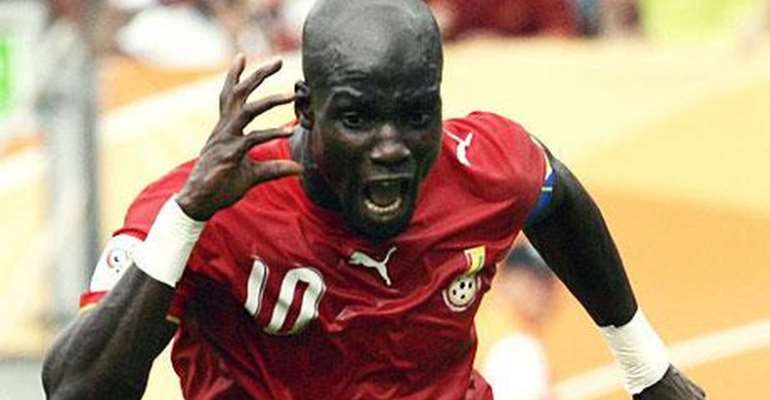 STEPHEN APPIAH CELEBRATES AGAINST USA AFTER SCORING A WINNING PENALTY

Former Black Stars skipper, Stephen Appiah, has implored the next Ghana Football Association president and executives to invest heavily in football playing facilities across the country.

An elective congress has been slated for October 25 where a new president will be elected to replace Kwesi Nyantakyi with new Executive Council Members.

“I think they have to invest [in facilities]. If you have England try to build thousand new pitches despite all the facilities they already have, that means they know what football is giving them.

“We know what football has done for this country and yet, there’s no enough investment in facilities.

“I quite remember when I was playing in Italy, the Europeans didn’t know how to pronounce Ghana; they use to refer to it as Guyana. But after the 2006 world cup, everyone now knows the country Ghana,” Appiah told Citi Sports.